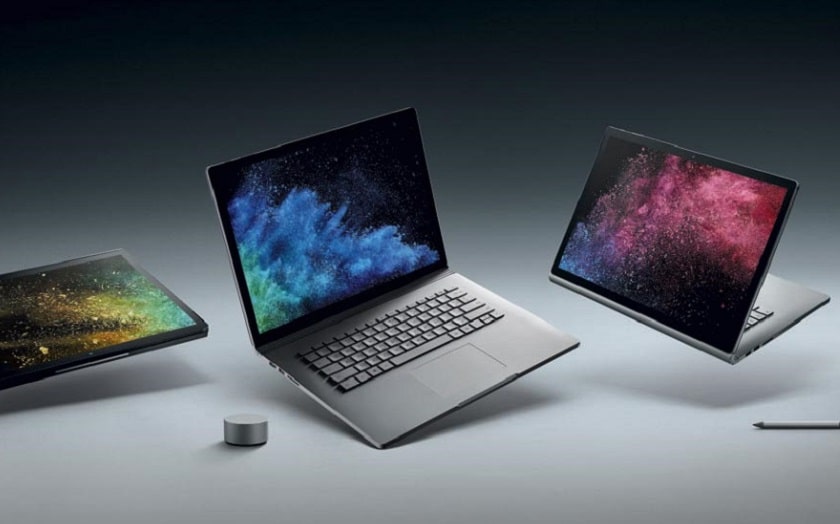 Microsoft has quietly upgraded the basic version of Surface Book 2 (13 ") with an 8-generation Intel Core i5 processor, such as the Core i7. The old model is still available in the catalog, but its price melts around € 200.

The base model of the 13-inch Surface Book 2 is finally updated with a more powerful processor. We went from an Intel Core i5 dual-core processor to a 7-core quad-core processor. This is the only major change to be observed as the new model is still offered with 8 GB of RAM. As for storage capacity, the only available option is 256 GB (SSD).

The Surface Book 2 version therefore gains significantly in power with two additional cores and the transition to the 8th generation of Intel Core processors for laptops. As a reminder, the 9th generation is currently only available for desktop computers. The new Surface Book 2 costs € 1769.

For those who still want to buy the 7th generation version of the Intel Core i5, the model is still available in the catalog, but now displays a price of € 1,489 instead of € 1,750. In terms of configurations, only an 8 GB RAM is proposed. It can be accompanied by 128 or 256 GB of SSD storage.

Soon, it will be two years since Surface Book 2 took over the first generation of the next-generation notebook. While we were expecting a Surface Book 3 for now, internal changes from Microsoft's side suggest that the company is taking a step back in the notebook market. She is holding a conference in New York on April 17, 2019. This event should allow us to get a little idea of ​​her overall hardware orientation for the coming months.