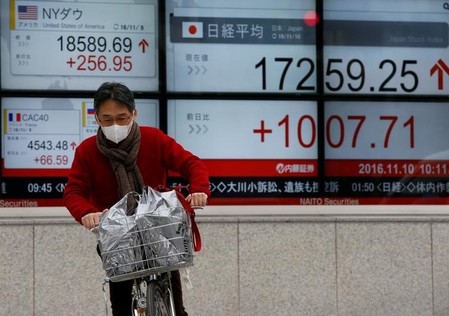 TOKYO, April 1 (Reuters) – Industry activity
manufacturing in Japan contracted in March for the second
month in a row, show the final search results
made by Markit / Nikkei to the purchasing managers.

The results of this research, published on Monday, underline the
the growing impact on the Japanese economy of the conflict
between the United States and China, which are the two
First export markets in Japan.

The final PMI came in at 49.2 last month
in seasonally adjusted data, below the limit
of 50 that save contraction and expansion, but a
slightly higher than February (48.9).

The sub-index of future production was 47.0
in final reading – on a slight increase over
Flash version (46.9) – while it was 47.4 in
February, marking its biggest contraction since May 2016.
(Tetsushi Kajimoto, Arthur Connan for the French service)