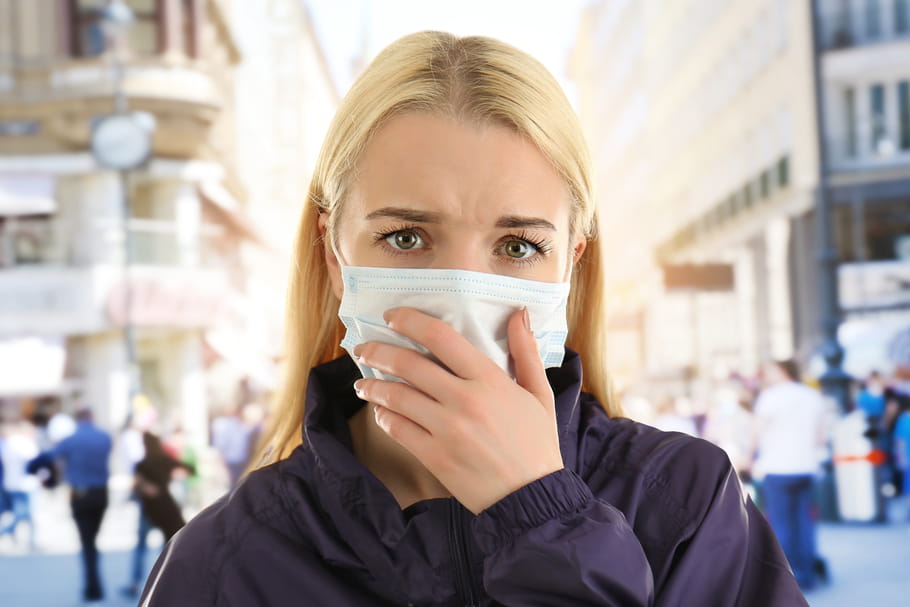 A study by the University Hospital of Amiens shows an increase in hospitalizations and emergency care for exacerbation of COPD symptoms during episodes of heavy pollution.

The more polluted the air, the more people with COPD have trouble breathing and the more they go to the hospital, says the PolluBPCO CHU Amiens study. The authors analyzed data from 168 patients who consulted 240 times for exacerbations of COPD * during the year 2017. Most patients included in the study had advanced COPD: 35.1% stage 3 and 35.1% stage 4, compared with 6 , 5% in stage 1.

For the authors, "PM10 and PM2.5, levels of nitrogen dioxide and ozone alone do not explain the increase in emergency care due to exacerbations of COPD, but its role is significantly established". The influenza epidemic (peaks in January-February and December) also exacerbates the symptoms of COPD, as well as pollen "even if the impact is less clear". In any case "Highlighting a link between over-hospitalization due to exacerbation of COPD and pollution peaks could be a public decision-making element to improve air quality.".

CHU Amiens will conduct further reviews in 2019, including a follow-up of twelve patients included in the PolluBPCO project and having experienced more than two exacerbations of their COPD by 2017. A second component of the research will be conducted in 2020 with the BePoPi Study which will include composition of particles and analysis of heavy metals in the air.

* increase in respiratory symptoms, starting acutely for more than 48 hours, or justifying a therapeutic modification.

COPD: 5 Tips to Keep My Lungs

Cough and shortness of breath are symptoms of chronic obstructive pulmonary disease or COPD. In more than 80% of cases, it is the tobacco that is responsible for this common pathology and it affects more and more women.