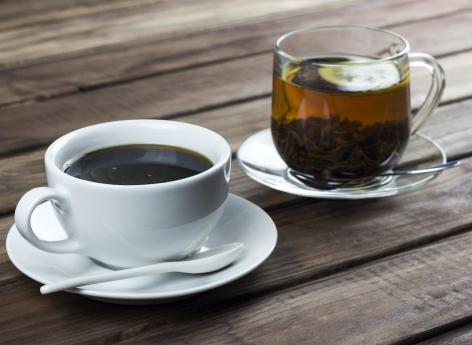 To start the day well, nothing like a good cup of coffee or tea. However, be careful to consume it after breakfast, at the risk of unbalancing your blood sugar. Daily consumption of these two drinks is associated with a lower risk of death in people with type 2 diabetes. Japanese researchers at the University of Kyushu who conducted the study published the results of this study on October 21 in the journal BMJ Open Diabetes Research & Care.

The researchers followed 4,900 patients with type 2 diabetes for five years to study the effects of daily tea and coffee consumption. They were asked to complete a questionnaire about their diet and their consumption of coffee and tea and then share information about their pace of life, in particular about alcohol and tobacco consumption or sleep. The researchers themselves collected several blood and urine samples. Among the volunteers who participated in the study: 607 did not drink green tea, 1,143 consumed one cup a day, 1,384 between two and three and 1,784 drank at least four cups daily. As for coffee consumption: about 1000 participants did not consume it, 1,306 drank a maximum of one a day, 963 drank one daily and 1,660 drank at least two cups.

The results showed that the cumulative daily consumption of tea and coffee helps to reduce the risk of death more significantly for diabetics. In those who consumed four or more cups of green tea and two cups of coffee a day, the risk of death is 63% lower. It falls 58% for those who drink at least four cups of tea a day and one cup of coffee. Finally, it decreases by 51% for volunteers who have consumed between two to three cups of green tea and two or more coffees.

Caffeine, good for the body

For those who drank only tea and consumed only one cup a day, this figure is around 15% and rises to 27% for participants who drank between two and three cups a day. With more than four cups of tea a day, the risk of death is reduced by 40%. For those who drink only coffee, a minimum of two cups per day reduces this risk by 41%. A single cup leads to a 19% reduction and less than one a day is associated with a 12% reduction in risk.

The researchers suggest that these results and the reduced risk of death are consequences of the compounds contained in these two drinks. Green tea contains antioxidants and anti-inflammatories, such as phenols and theanine. Coffee has several active bio components and both drinks contain caffeine, which has already been shown to be beneficial for the body. During the study, 309 people died. Among them, the most important cause is cancer, which affected 114 participants, and cardiovascular diseases (76).