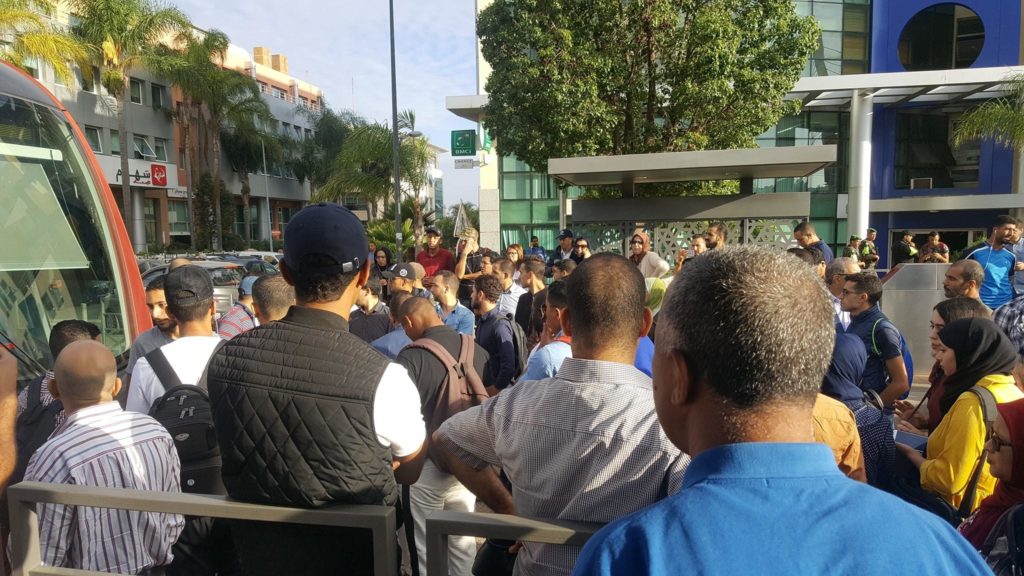 On Wednesday, November 7, demonstrations were held at various stations of the Casablanca Tramway to protest against delays repeated several days ago. In fact, thousands of users of this means of transportation were arrested this morning in cars for more than two hours. While others waited in the stations for the arrival of the tram.
A sit-in was then organized "ad-hoc" at several tram stations in the economic capital. A mobilization so strong that the company had to issue "late fees" for staff and students, only partially soothing the anger of citizens already gathered against the changes in the schedule that will come into effect in schools on November 12.
As a reminder, the Casablanca tram was late in the morning on Wednesday. According to Casa Tramway, this delay is due to a traffic accident. "After power outages on line 2 and as a precaution, traffic stops temporarily on line 1," the company warned on Tuesday. The company had earlier announced a statement on the launch of the second white tram line, noting that its teams had been watching for several months a series of tests and tests, including the second line.