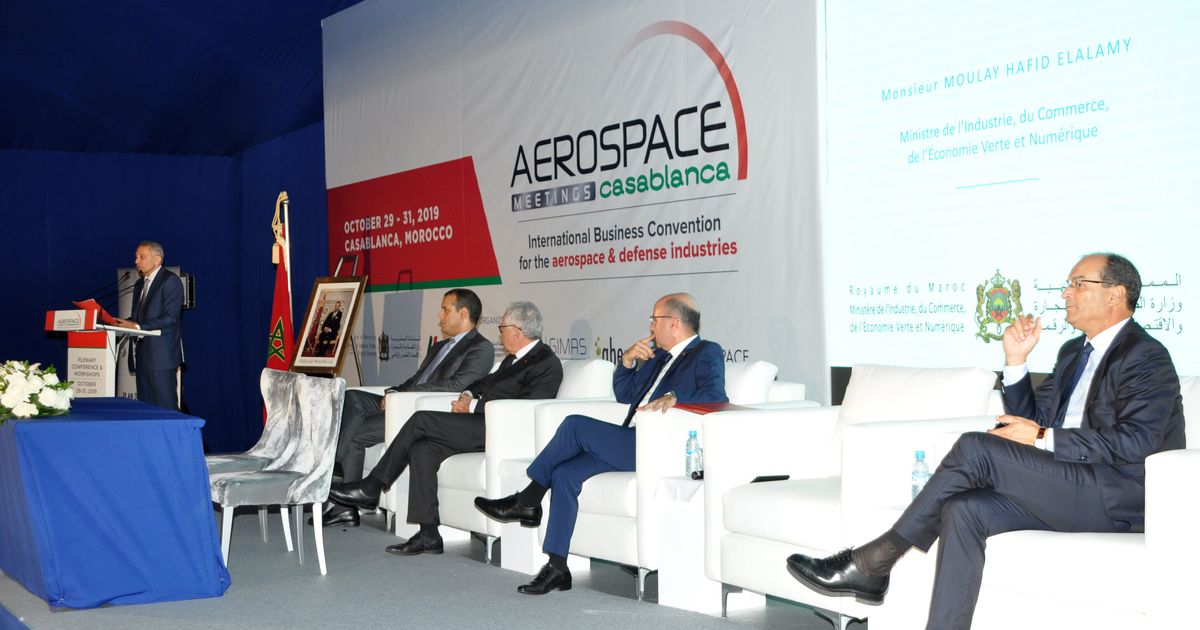 On October 29 and 30, the reactors of the Moroccan aviation industry grew. The Moroccan Investment and Export Development Agency (AMDIE) has organized, in partnership with the Groupement des Industries Marocaines Aeronautiques et Spatiales (GIMAS) and Advanced Business Events (Abe), the 5th edition of Aerospace Meetings Casablanca.

20 countries, more than 650 participants and 250 companies, 100 of which are national. This year, the strong presence of French and Canadian manufacturers has provided eloquent evidence that the kingdom's attractiveness in the countryside has gained an international reputation.

Throughout its editions, Aerospace Meetings Casablanca has become an essential business platform bringing together the largest players in the aerospace industry of any kind. Each year, these professionals share their experiences and expose their perspectives. For this new edition, under the theme "Morocco and the challenge of industry 2.0", is the growth of the sector in which it was the most questioned.

And because growth is synonymous with business and collaboration opportunities, OEMs, suppliers, contractors, service providers and industry groups around the world have been exploring the business opportunities this event offers. Because for the latter, the goal is not just to stimulate the development of the sector, but mainly to achieve it by ensuring, inter alia, assistance to large groups and suppliers to enable them to develop their supply chain. in emerging countries.

Moroccan suppliers find support for large foreign groups and companies at this event. Foreign investments, in turn, have the opportunity to expand in Morocco, thanks to production establishment and / or outsourcing projects.

According to Moulay Hafid Elalamy, Minister of Industry, Commerce, Green Economy and Digital Economy, "Morocco has become the leading exporter of aeronautical products in Africa. It is the work of a real long-range vision and a strong partnership between the government and the sector operators ". He added: "The aerospace industry is embarking on new development programs in line with the new challenges." Among them, Elalamy cites, in particular, the increased focus on new technologies and engineering, the extension of the training offering and the improvement of its quality among key players. In this perspective, the minister also highlights the value of high value-added companies and the need to continue major structuring projects with industry leaders.

Ambitions and concrete. On the sidelines of the 5th edition of the Casablanca aerospace meetings, the minister started two new industrial facilities of the EFO-Weare group and the Tecaero Maroc-Tacalemit aerospace group. Two locations that once again attest to the confidence of private operators in the Moroccan aeronautical experience.

Morocco has definitely entered the circle of the most popular destinations in the countryside. A reputation that owes to its performance, the result of a clear vision implemented in the Industrial Acceleration Plan (PAI). The latter has transformed Morocco's undeniable assets, its know-how and highly qualified human resources, the roadmap to its success.

So today, the Moroccan aeronautics industry has 140 companies, a turnover of 17 billion DH and an integration rate of 34%, growing more than 20% per year, or 4 times the world average and 5 times the growth. GDP. Good performances that promise a promising future for the sector.