An explanation for sudden death in epilepsy 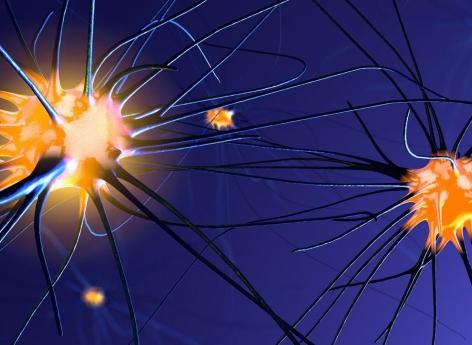 While sudden death deaths in patients with epilepsy can be explained in the case of seizures that can lead to cardiac rhythm dysfunction, there is a sudden death per 1,000 epileptics out of the crisis phases each year. Until then, this phenomenon was inexplicable. Researchers at the University of Connecticut have just demonstrated that a genetic mutation that causes seizures also causes rupture of cells that control respiration.

"In case of sudden death of an epileptic, the explanation usually given is that the patient had a crisis that killed him. But seizures occur in the cortex in the upper brain, and vital processes, such as breathing, are entirely controlled by the brainstem, the lower part of the brain that connects to the spinal cord. WThe two parts of the brain are very far apart. It's like the crisis was in New York, the brain stem is in San Francisco, "says Dan Mulkey, a neuroscientist at UConn's Department of Physiology and Neurobiology, whose work is published in the Science Daily.

To understand the causes of these sudden deaths, the researchers created mice with a human mutation (Scn1a) causing a severe form of epilepsy called Dravet's syndrome. Dravet's syndrome is caused by mutations in a gene that defines the channels through which sodium enters and leaves the brain cells. If the sodium channels do not work properly, the cells may be overexcited. Superexcitation of a cell can cross the brain, leading to an epileptic seizure. People with Dravet syndrome tend to have heat-exacerbated epileptic seizures, and this syndrome is very difficult to control with antiepileptic drugs.

The team noted that mice with this genetic mutation tend to die at a very young age and, more importantly, that they suffered from hypoventilation for no apparent reason or experienced long-term apnea. Observation of these animals from the part of the brainstem that controls respiration showed that the inhibitory cells were much less active than they should be. This has caused the excitatory neurons to go crazy and constantly count the part of the brain that generates the respiratory rate to accelerate it.

Save the lives of people with epilepsy

The next step will be to examine mice that express only the Scn1a mutation in the brainstem or just in the cortex, and see if they also have problems. If mice with a mutation in the cortex, but not in the brain stem, do not suffer sudden and unexpected death, it would be, according to the researchers, against the hypothesis of a "crisis that descends from the cortex to the cortex." brainstem. " In the end, they hope to identify a key actor to act in order to prevent the respiratory system from degrading and ultimately saving the lives of people with epilepsy.