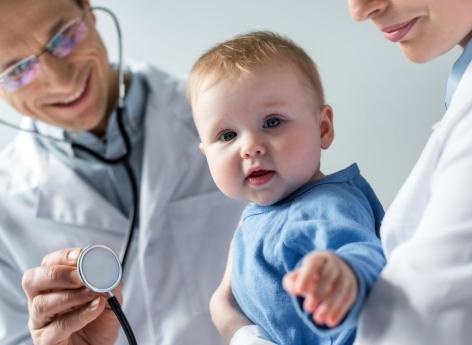 It all starts with a lowered eye and a slightly fallen face. Soon, legs and arms weaken. The nervous system is damaged, breathing is difficult and paralysis finally happens. Here are the different stages of acute flaccid myelitis, a polio-like illness that affects more and more children. A study conducted in the United States analyzes this unusual reappearance of the disease. The results are published in the journal my baby.

551 cases in less than five years

Acute flaccid myelitis is characterized by sudden muscle paralysis in healthy children. Some cases have appeared in adults, but this is very rare. For a long time doctors thought that this disease was due to poliovirus because the symptoms were similar.

However, poliomyelitis is almost eradicated, while the rate of acute flaccid myelitis continues to increase. The disease grew in 2014 in the United States, the United Kingdom and Europe. Between August 2014 and January 2019, 551 confirmed cases of acute flaccid myelitis were identified. While this resurgence of the disease is worrying, it is rare because it affects less than one to two children in a million in the United States.

It is precisely because it is rare that this disease is difficult to understand. In the past, scientists have suspected that environmental toxins and genetics play a key role in the disease. However, clinicians found that outbreaks of acute flaccid myelitis coincided with those of two enteroviruses, EV-A71 (which causes hand-foot-and-mouth disease) and EV-D68.

This study states that there is a "strong" but "circumstantial" link. Therefore, there is still no precise response to the resurgence of acute flaccid myelitis. "The trajectory of acute flaccid myelitis in the last five years suggests that the problem is worsening and therefore it is essential to galvanize our efforts to learn about this ubiquitous, often paralyzing and resurgent group of viruses and to respond appropriately," conclude the authors of the study.