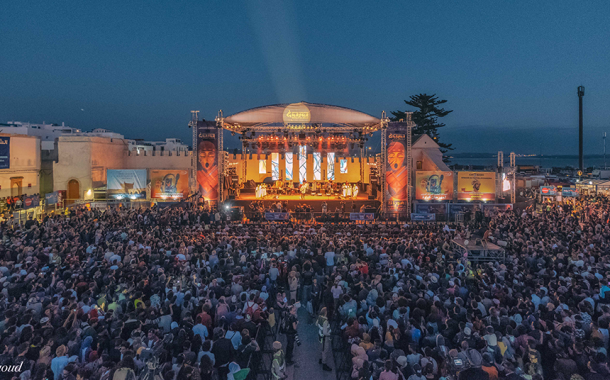 A dancing dance in folk colors was inaugurated on Thursday night, the dance of the 22nd edition of the Gnaoua Festival and world music, which will illuminate the sky of the city of Essaouira from 20 to 23 June.

Thus, a colorful parade, with mystical Gnawa rhythms and other folk arts, crossed the alleys of the old city of the city of Les Alizés, offering a series of dances, colors and sounds to thousands of festivals around the world. of the world for a 4 day trip rich in discoveries.

The opening ceremony was attended by Mr. André Azoulay, Councilor of HM the King and Founding President of the Essaouira-Mogador Association, Minister of Culture and Communication Mohamed Laraj, Wali of Marrakesh-Marrakesh Safi and the governor of the province of Essaouira .

Speaking on this occasion, Mr. Laraj pointed out that the World Music Festival and Gnaoua is a world-renowned festival since it features an oral cultural heritage that is Gnaoui's art, insisting on the imperative of to put it on the list of patrimony cultural immaterial.

The tutelage department works in collaboration with the Yarma association and the United Nations Educational, Scientific and Cultural Organization (UNESCO), so that Gnaoua art, given its size and scope, will be intangible cultural heritage list, the minister said in a statement to the MAP, welcoming the actions carried out to preserve gnaoui art and prepare future generations bearing the torch of this ancestral art.

Ms. Tazi, who welcomed the success of the festival from its inception to this 22nd edition, has asked to ensure the continuity of this festival as some similar events in Europe.

Created in 1998, Essaouira Gnaoua and the World Music Festival, which attract around 300,000 spectators a year, aim to preserve, enhance and ensure the continuity of Tagnaouite heritage, the status of Mahamé and musicians who dedicate themselves to the maximum heart for this art ancestral oral.

For this edition, the festival promises to put together a large group of Moroccan yams as well as the great musicians of the international scene for mergers between ancestral and modern music.

She will speak about all tones and all sounds: Cuban, Tuareg, Tamil, but also jazz, flamenco, reggae with international artists, including Tinariwen, Osain Del Monto, Third World … and of course the tagnaouite that will be on heart of dialogues, always ready to face challenges and merge with everyone.