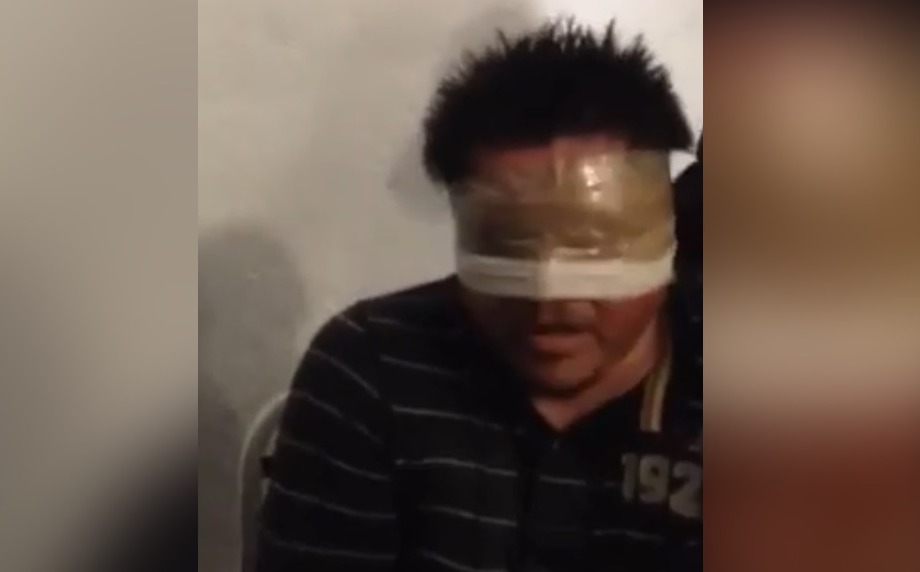 A video published in YouTube shows one of the prisoners by the Case of Ayotzinapa, being interrogated handcuffed, seated and blindfolded, to whom a bag is placed on his head to demand a response.

The video, titled The historical truth of Ayotzinapa of Carlos Gómez Arrieta – who was the Federal Ministerial Police gives Attorney General's Office, now undersecretary of Public Safety of Michoacán– which shows that the investigation of the Ayotzinapa case was affected by torture.

The material was published on June 7, in the account "Always Verda", is the only video of the account and so far has 742 views.

Sources of Office of the Attorney General of the Republic (FGR) already analyzes the video to know the circumstances in which it was recorded and the people who participated.

Where do you think they were taken, what do you say ministerial? Asks the uniformed man, who was identified as Carlos Gómez Arrieta, then in command of the Federal Police.

"To Mezcala," said the prisoner.

A total of 129 people were charged in connection with the disappearance of students, of whom UN DH analyzed the information of 63 detainees, including court records and medical records that revealed numerous injuries.

The report of the United Nations High Commissioner for Human Rights, Zeid Ra'ad al-Hussein concluded that at least 34 of these people have suffered torture, including Carlos Canto as evidenced by the video.

How many students went up there?

And how were they going, were they beaten or something?

Wifes? He asked another question.

No, because some were catching.

Exactly at what point were they delivered to ministerial meetings, according to you?

Tomatán, is the entrance, the exit that is to Iguala, entrance and exit to Chilpancingo. There is a kind of restaurant that is abandoned there, it is dark and they put them there.

And what do you know later, where did they take them?

They went to Mezcala.

Yes, because they commented on where they would take them

For some houses there?

But those are from Los Peques.

Obviously you went to these houses, if you can join us to tell us where the wooden houses are?

The detainee denies, while the minister puts a bag over his head.