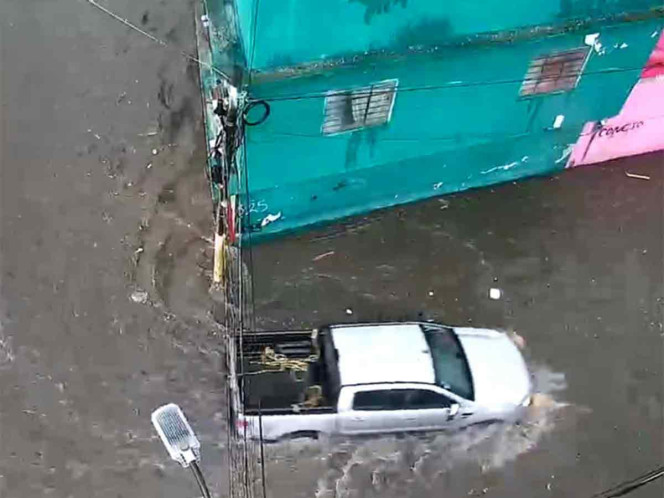 The heavy rain that hit Thursday Ecatepec municipality of Mexico left severe flooding in the colony Hank Gonzalez, informed the Secretary of Security of the State of Mexico.

Through his account on Twitter, he took several vehicles that were trapped after the floods reached 50 centimeters Bugambilias Avenue

In addition, he reported that elements of the SSEM and the Mexican State Water Commission (CAEM) provide assistance to those affected during the flood.

With the support of the @ C5Edomex it is observed # Inundation in Av. Bugambilias, col. Hank González, #Ecatepec. Elements of the @SS_Edomex and @CaemEdomex they provide help on the spot. #EvitaLaZona # Handle With Care
In case of emergency call 9-1-1 or come to the police pic.twitter.com/pb9CuFyAWc

In Mexico City, Thursday's rains caused floods in the municipalities of Venustiano Carranza, Gustavo A. Madero, Iztapalapa and Álvaro Obregón.

In the same social network, the Control Center of Command, Computing, Communication and Citizen of Mexico City reported that it rains slightly Venustiano Carranza, Miguel Hidalgo, Gustavo A. Madero, Cuajimalpa, Cuauhtémoc and Iztapalapa.

The monitors detected flooding on the following points:

Find it out! These colonies will not have water from 25 to 27 June