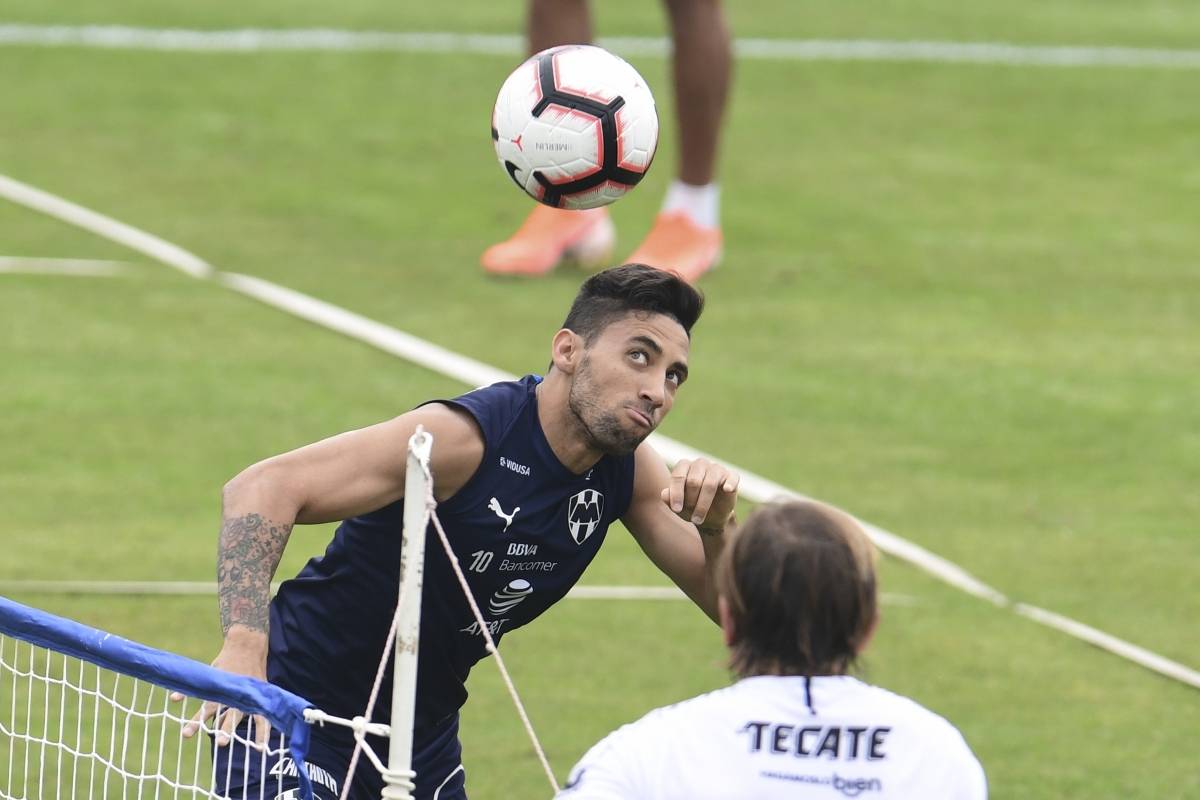 Jonathan Urretaviscaya was one of the Striped Bombers for the 2018 Clausura, however, little showed the Uruguayan player of his quality, adding an injury that took him away from the field for almost nine months.

While Monterrey is on vacation, Jonathan Urretaviscaya continues with his rehabilitation in El Barrial, to be ready for the preseason of Rayados, which starts next Monday, June 17.

You may also be interested: Modify the name of the Stadium of Rayados

The story of Rayo con Monterrey began when the Albiazules hired him well in advance, but Pachuca asked to report to the Regios until the 2017 World Club Championships, where Rayo was recognized as one of the best players along with Cristiano. Ronaldo and Luca Modric, by winning the Bronze Ball.

He reported with Monterrey after Rayados and Pachuca played the final of the MX Cup, where he did not participate. Urreta stood out with his football and loved the fans of Monterrey, but with the passing of the games, the communion with his fans has ended.

In his first tournament defending the colors of Monterrey, Urreta played 11 games, five of them as a starter, adding 509 minutes in the tournament and helping his team with a goal.

In this tournament, it has gone from less to more. Under the command of Antonio Mohamed, he made his debut with La Pandilla on day 3 of the game, until he won a place in the Turkish starting team. The Argentine coach also used in the MX Cup tournaments. Bad performances with the team began at the 2018 Apertura, and they were accompanied by an injury.

With the hiring of Diego Alonso on the bench of Rayados, he met with his former coach in Pachuca, so he was expected to stand out as when he played in Tuzos.

But the pressure of the people diminished of the parts until losing the property with the Striped. In his second tournament as albiazul, he played only 367 minutes in eight games.

He started the tournament as a starter and played the first two games in the full game; On days 3 and 4 came out of change. He lost the title on Matchday 5 against Pumas, where he entered for the change and only played 9 minutes.

Then he started to change until the 9th, he was injured during the game against Chivas. Urreta went into change before the injury of Aviles Hurtado, 28 minutes later Rayo ran with a similar luck and had to leave the field, unfortunately the injury of Ray was more serious and had to be operated.

A few days after nine months of injury, Urretaviscaya wants to be reborn with Monterrey and demonstrate his quality as a player that caught the attention of the board of Rayada.