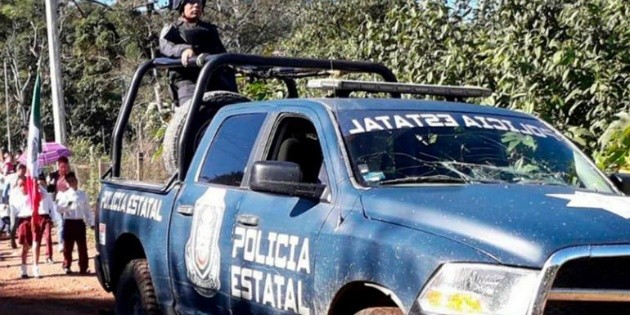 Gunmen attacked elements of the State Police and paramedics of the Red Cross when they were on a sports field in the city of San Juan Tenería, in Taxco de Alarcón, providing assistance support.

In a statement, spokesman for the Guerrero Coordination Group, Roberto Álvarez Heredia, reported that armed men on board five trucks arrived at the city's covered courtyard and fired at people who received support, with the balance of four dead and six wounded.

He indicated that during the bullet attack, three elements of the police and a Red Cross paramedic were killed, while of the nine wounded by the impact of a firearm four are Red Cross paramedics and two civilians, who were transferred to the General Hospital of Taxco.

The armed subjects They shot in a Red Cross ambulance, two redilla trucks labeled by the Red Cross, a van Ford Lobo and a patrol of the Municipal Police.

For these facts, elements of the State Police carried out search actions supported by the Mexican Army.