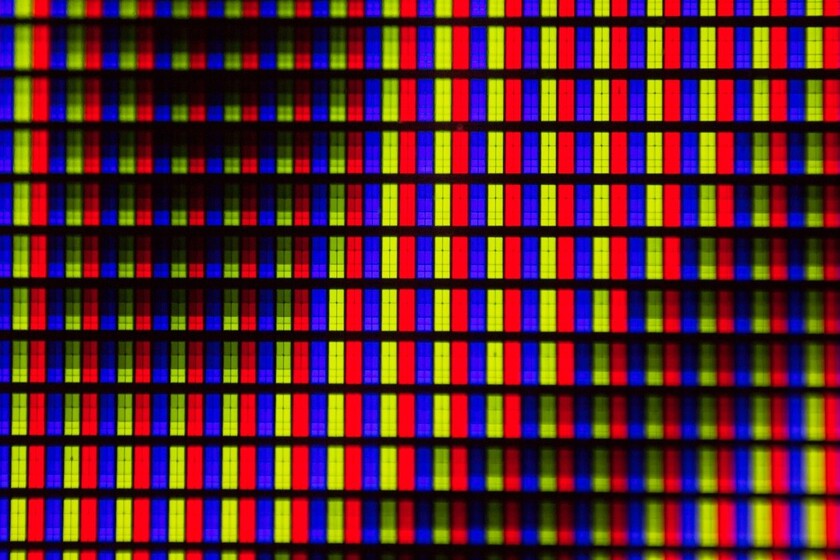 A group of Stanford researchers has developed a new OLED architecture with which they claim to reach up to 10,000 dpi (pixels per inch) density (not the first!). To put it in context, a current OLED panel on cell phones reaches about 450 dpi. The new technology was tested in collaboration with Samsung, which hopes to develop a full-size commercial panel using this new architecture.

Higher pixel density per inch imeans a higher final resolution on the screen. This, however, is not easy to achieve, due to the fact that the miniaturization of the elements within the panel must be improved. Although on mobile screens it doesn’t make sense to improve density beyond 500 dpi (the human eye just doesn’t make a distinction anymore), it can be useful in other areas, like virtual reality.

Light that “flows” at the nanoscale

The project was carried out by researcher Mark Brongersma, from Stanford University, together with the Samsung Institute for Advanced Technology. Initially the idea was to create an ultrathin solar panel, although they later realized that this technology could also be used for screens. It all has to do with how light behaves at the nanoscale, where they say it can “flow” in a similar way to water around objects.

There are currently different types of OLED, although in general OLED technology mainly uses red, green and blue subpixels (RGB for its acronym in English). Each subpixel is illuminated at the right time and in the right amount so that the combination of the three colors allows the creation of the rest of the colors and results in a final image. However, each subpixel must also have a different size and height for the desired color (red, green or blue) to be the result. This occupies an important space within the OLED panel.

The new technology essentially reduces the size of the subpixels making them all the same height. For this, a “meta optical surface” (a reflective metal base) is implemented. This surface goal contains nanoscale relief that makes light behave as desired transforming it into the three primary colors. As a result, the space used can be reduced considerably and thus add more density to the OLED panels.

Project researchers have successfully created a proof of concept in the lab. The proof of concept said that it had greater color purity and luminance efficiency compared to traditional OLED panels. In addition, of course, a much higher pixel density that allowed up to 10,000 dpi.

Now the goal is to develop a full-size screen With this new technology, Samsung says it’s there. Where these panels with spectacular density make the most sense now is in virtual and augmented reality. Due to the size of the screens of these devices and their proximity to the eye, it is necessary to increase the density much more than in cell phones to prevent the eye from distinguishing the pixels. We will see if this will be achieved soon and, above all, what the cost is.

A spectacular 10,000 dpi resolution: this is Samsung’s latest OLED panel in collaboration with Stanford University