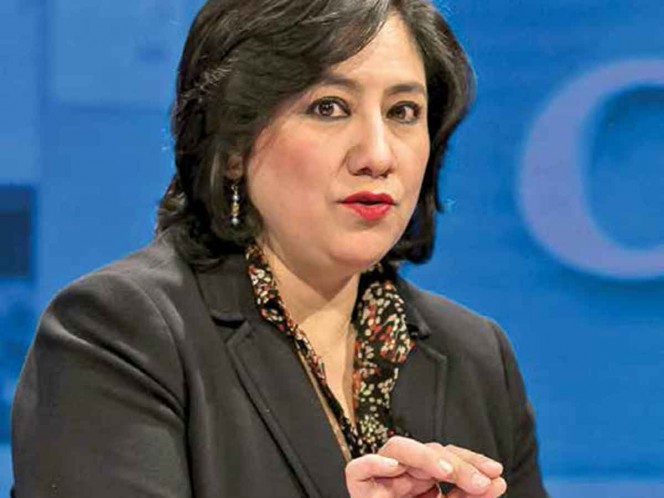 Documents of alleged technical consultancies, comparative studies or technical studies carried out with rifles of Wikipedia were detected by the Ministry of Public Administration (SFP) as part of the embezzlement of Petróleos Mexicanos (Pemex), the Ministry of Social Development (Sedesol) and the National Bank of Works (Banobras).

In an interview with Picture of the television, the head of the SFP said that the fraud for these agencies exceeds eight billion pesos and that this case will be an example to apply the "administrative death."

The misuse of resources was that the government did not deliver the contracts directly to the companies but first handed them over to eight public universities and then handed them over to private individuals without any services being performed or verifiable assets.

"So there are these deals and subcontractors to infinity sometimes," he explained.

Sandoval Ballesteros explained that, for example, at Pemex Exploration and Production they adopted and deepened their examination of the schemes of collaboration agreements.

"They paid advice from Wikipedia"

It assures that the case of deviations by the universities is about to close and will seek the "administrative death" of the culprits; He adds that SFP investigates corruption at Pemex.

According to Secretary of Public Administration Irma Eréndira Sandoval, the diversion of resources from Petróleos Mexicanos (Pemex) and other agencies for the triangulation of resources between 2012 and 2018, through the hiring of universities, exceeds eight billion pesos. the case is about to close.

In an interview with Yuriria Sierra for Picture of the television, the federal official pointed out that this case was fueled by impunity, but will be an example to apply "administrative death" to any dishonest official.

He clarified that it is the intention of the current government of President Andres Manuel López Obrador to clean corrupt officials, clean up the federal public administration as well as productive state enterprises and recover the money diverted.

"What did you find the magnifying glass for the Civil Service on that particular subject, Secretary?"

Well, a lot more of these 8 billion, it's very serious! I tell you. For example, in Pemex, which is a prototype of abuse, particularly in what is called Pemex's Exploration and Production, as you know, it was identified by the Federal Audit Office. And, in this case, we adopt and deepen the examination of the schemes of collaboration agreements.

The misappropriation of funds at Pemex, Sedesol and Banobras was that the government did not deliver the contracts directly to the companies, but first handed them over to eight public universities and handed them over to private individuals without services or goods verifiable.

Only through the triangulation of resources did the universities charge one billion pesos of "commission," even though they did not render services.

"So there are these agreements and they are subcontracted endlessly at times, to say, resources are dispersed for deliveries that do not exist, or deliveries that are, we do not find products, which are fusiles of Wikipedia, "Sandoval said.

– What is a delivery, so that people are more or less clear?

Among the higher education institutions that were used to triangulate these resources were the Popular University of Chontalpa, located in Cárdenas, Tabasco; the Higher Technical Institute of Comalcalco, also in Tabasco and the Autonomous University of Chiapas, among others.

The head of the Ministry of Public Administration (SFP) said that not only will he try to recover the money granted, but officials that the Attorney General (FGR) attests to his participation in these crimes will be out of public service for life.

"We are more a kind of public ministry of probity for control, but we also have the capacity to sanction and in the Public Service we are not giving up to apply them.

"Yes, we can deactivate even, as you know, the so-called" administrative death "was recently passed in the Chamber of Deputies, which is a total disqualification, for life in public administration," said Sandoval.

– Because later they say that Mexico is the only country where even the political dead rise.

There was a modus operandi also that you were disqualified two years, one year, and then you jumped quickly, and this will end, this chapulineo of corruption will end.

So far this year, SFP has laid off three employees of Pemex Exploration and Production; is about director Miguel Ángel Lozada; Héctor Salvador Salgado, operational and commercial secretary, and financial operations manager Luis Galván, responsible for diversion of resources through 25 irregular agreements of Pemex with 11 institutions of higher level.

The head of the SFP said in the interview that Pemex will also reach the fund in the investigation of bribes and contracts in the modality, that would have been granted to the Brazilian construction company Odebrecht.

"We are auditing the Pemex Accountability Unit because in the past six years, and in recent years, it has closed its eyes and has not assigned the responsibility that, in Odebrecht's case, it should have done.

"In the case of all these agreements, which I say are more than 390 agreements that were generated, nothing more between 2012 and 2018, so we are on the right track," said Sandoval.

He pointed out that in the allocation of new contracts, such as in the Dos Bocas Refinery, honesty and the end of corruption will be constant in the government and will establish what he called a "tape measure of probity", a kind of guide to Know with which companies can contracts that do not detract from the Treasury.

"We have a project to generate a distinct probity of companies. Instead of working on patterns of employers or contractors sullied by acts of corruption, we want to work with companies that deserve to be bidders," he said.

At the end of the interview, the Civil Service Secretariat valued the importance of working in this administration with a professional career service with a gender equity perspective.

With information from Héctor Figueroa