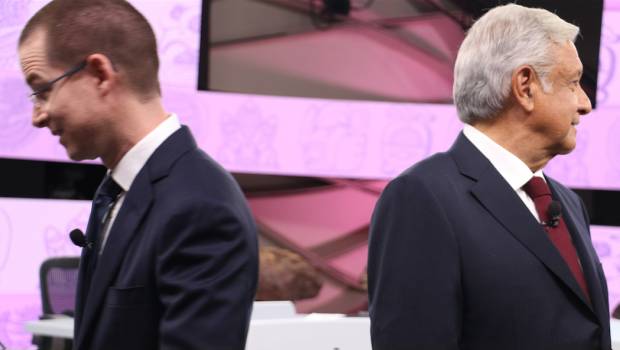 exico.- The Electoral Tribunal of the Judiciary of the Federation (TEPJF) imposed a sanction against Ricardo Anaya for defaming José María Riobóo during the third presidential debate of the last electoral process.

At its session on Wednesday, the plenary session of the Higher Chamber ruled that the former PAN presidential candidate must pay a fine of 16,000 pesos to correct the damage caused to the entrepreneur, who was designated as "favorite contractor" of the president-elect, Andrés Manuel López Obrador.

In its ruling, the Electoral Tribunal found that Anaya Cortés generated "the idea that the businessman Riobóo was corrupt," implying that he won bids without competition during the period in which López Obrador served as Mexico City's Head of Government.

The judges, with the exception of Felipe de la Mata, agreed that parties and candidates are required to be cautious when referring to individuals and to avoid expressions that threaten a person's honor or reputation.

In her speech, Judge Janine M. Otálora emphasized that the expressions used in the debate tried to generate an inaccurate image of a private individual, since it implied an act of corruption.

With information from Notimex