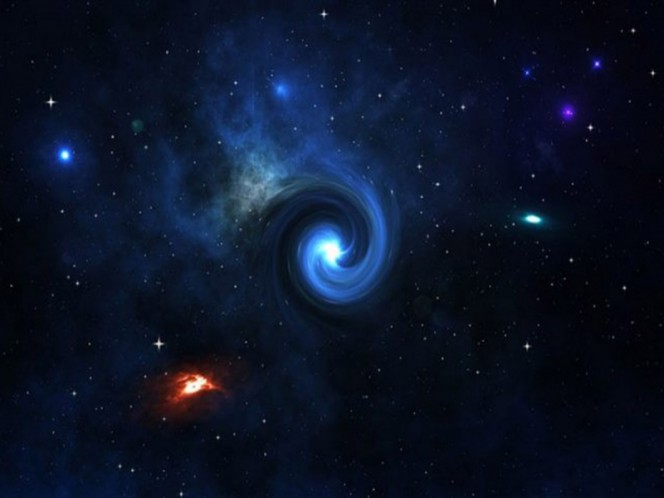 A team of Spanish astronomers and researchers have identified a dark-matter "hurricane" with a mass of ten billion suns approaching Earth as it passes through the Milky Way.

Ciaran O & # 39; Hare, a postdoctoral researcher at the University of Zaragoza, has just published the data in one of the most prestigious physical journals, Physical Review D.

What is dark matter?

The NatGeo magazine tells us that when a small galaxy encounters a large galaxy, the gravitational forces of the second galaxy break the first galaxy. However, there are always debris, space currents that move "dark matter" and other debris.

What is known about this current is that it travels for great distances.

Is that a danger to the Earth?

For decades, it has been tried to study dark matter because you can not see, let alone touch.

This would be a great opportunity for scientists and to know more about this type of matter.

This storm was called S1 and is based on a set of stars, all moving in the same direction, so experts believe they could be in front of the remains of a dwarf galaxy that was swallowed by the Milky Way behind. at least billions of years, without specifying how many.

This phenomenon represents no danger to the Earth and its inhabitants.

He approaches the Earth

This dark current was discovered last year by the European satellite Gaia, which measured the movements of a series of nearby stars, which until then was unknown, which was called "S1".

Experts have pointed out that it is a dwarf galaxy that has been devoured by the Milky Way for a long time.

This phenomenon will pose no danger to mankind.

The passage of the phenomenon through our solar system could be an opportunity for the scientific community to study in detail this mysterious component of the universe, which today is one of the great enigmas.

We recommend that you: