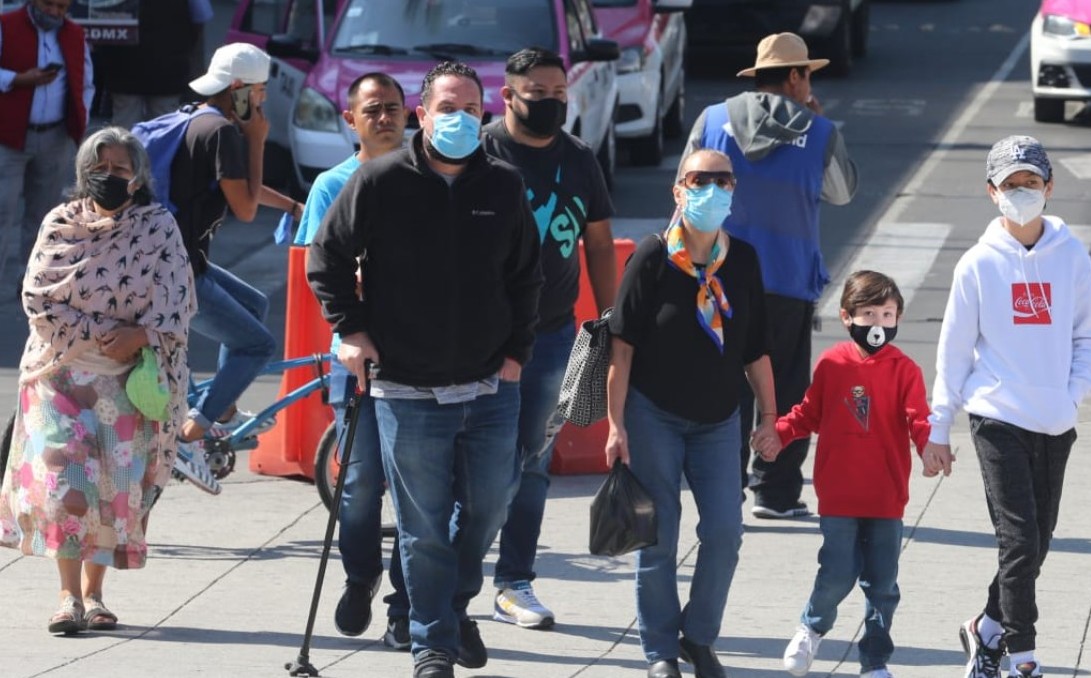 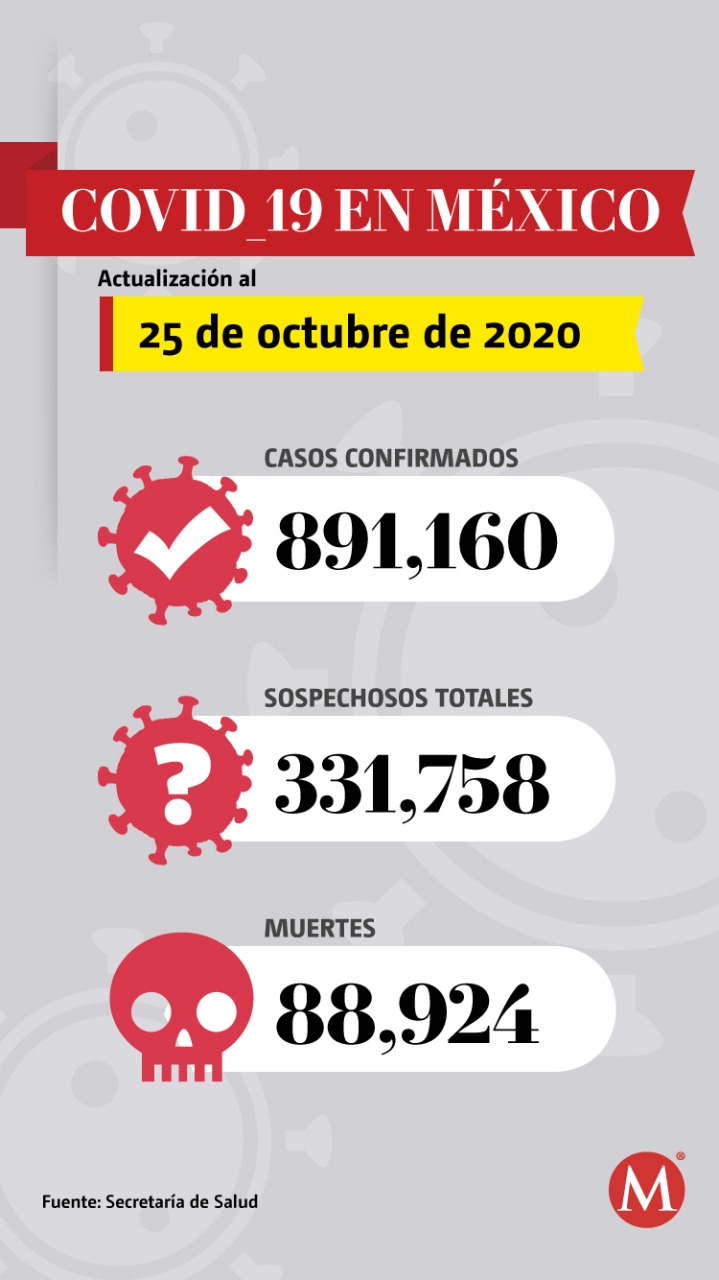 In today’s cut, 181 new deaths were recorded in the system, as well as 4,360 new infections across the country compared to yesterday. 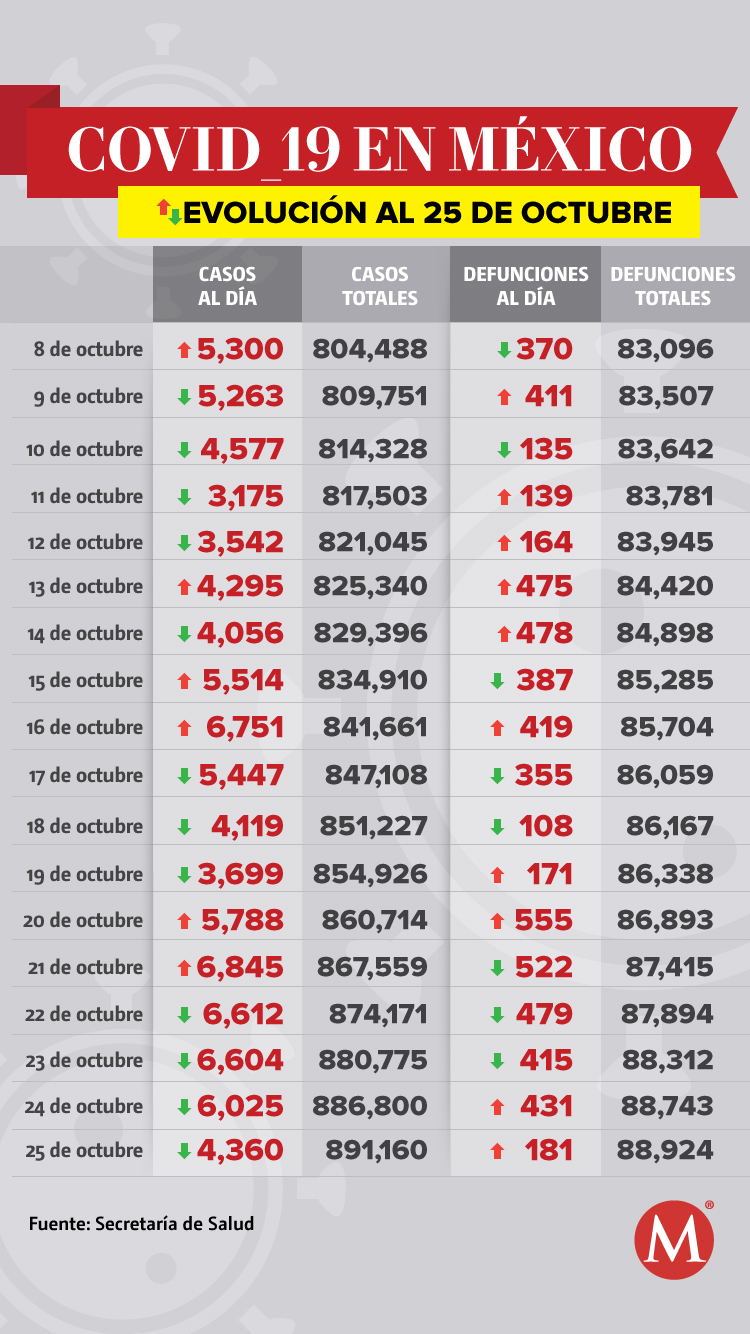 General hospital occupancy decreased by one percent compared to yesterday when recording 31 percent, while for critical patients the saturation is 26 percent.

The states with the highest hospital occupation are: Chihuahua, with 72 percent; Nuevo León, with 63%, and Durango, with 60%.

While Campeche, Chiapas and Tlaxcala registered the lowest hospital occupation in general. The first two states have 3%, respectively, while the last has 11%.

With regard to beds for critically ill patients, the states with the highest hospital occupation are: Chihuahua, Durango and Nuevo León. The first has a saturation of 61 percent, the second 57% and the last 46%.