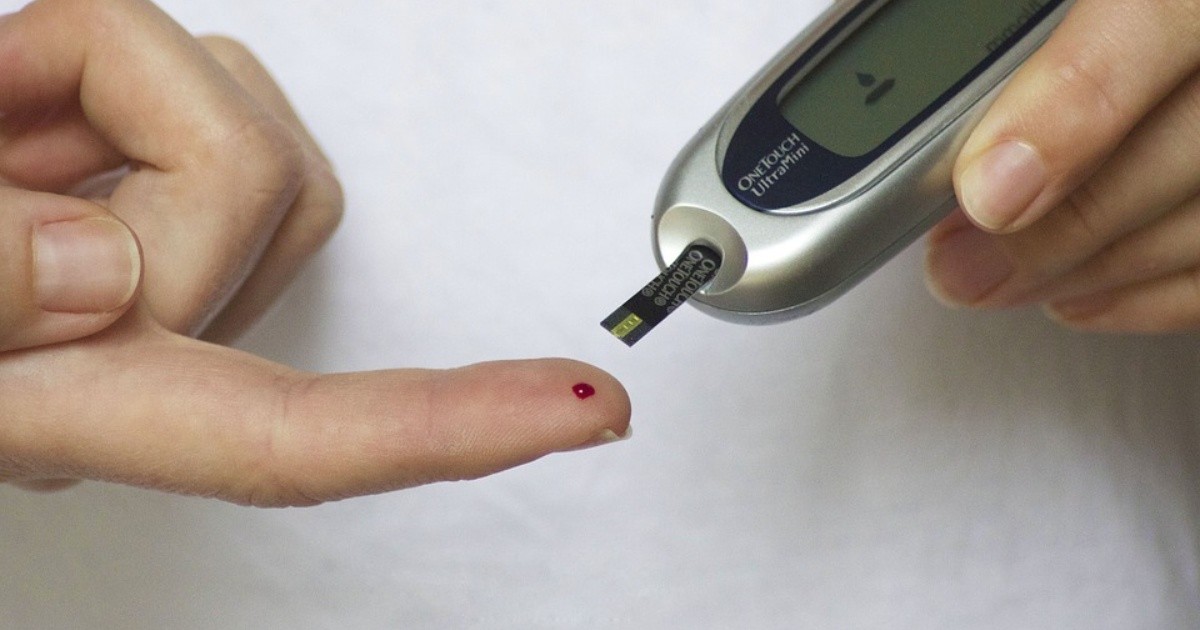 "I went to bed and said who knows if dawn or who knows how the sugar will rise" said María Antonia Pérez Pérez, who was diagnosed as having diabetes ten years ago. This was the announcement of a death sentence in the medium term. Obesity was one of the causes and numbness of the right arm was the symptom that revealed it.

Five years ago, the doctor Walter Kunz Martínez He practiced a Bipartition of Intestinal Transit (BTI), an operation that allowed him to be born again. Today María Antonia is practically free of diabetes mellitus 2. She is in complete remission: she does not need medication to control her blood sugar levels and it is enough to wear sneakers and sports clothes to walk up to five kilometers, not fast but in step .

Other patients undergoing surgery, in addition to reducing or stopping the use of antidiabetic drugs and high blood pressure medications, have been spared painful insulin injections. In more severe cases, they prevent dialysis, a procedure that replaces kidney functions when they stop working well.

The intestinal bipartition, performed by Walter Kunz and his team at the General Hospital of San Juan del Rio (HGSJR) in Querétaro, is cheaper than other operations, such as gastric bypass, which also serve to control diabetes. Unlike them, it does not favor malabsorption of nutrients in the body, requires less strict medical control and can be practiced in hospitals that are not of high specialty.

Face the Problem: Fight Diabetes
Blindness, irreversible kidney damage, amputations and, at worst, death are some of the consequences of diabetes mellitus. In 2017, more than 100,000 Mexicans lost their lives due to their suffering; Thus, this disease was the second cause of death in Mexico, for health reasons, according to data from the National Institute of Statistics and Geography (INEGI).

Every week Kunz Martínez, head of the HGSJR's Endocrine and Metabolic Surgery unit, amputates at least one patient and his family, since the cuts do not only affect the patient. The consequences, such as the incapacity and loss of employment that result from them, make them draining and dramatic.

It was the complicated picture caused by diabetes mellitus that motivated the also specialist in endocrine surgery and mini invasive surgery to give battle. That is why he modified the existing techniques and developed the Bipartition of the Intestinal Transit (BTI).

Incretin hormones are chemical messengers that cause the pancreas to secrete more insulin, which regulates the level of sugar (or glucose) in the blood. When there is not enough or the body does not use it effectively, diabetes is triggered.

Surgery is effective in controlling diabetes because it promotes insulin production, promotes changes in the behavior of bile acids (proteins that help process foods) and modifies the bacteria in the gut.

Born again even if there is no cure
Although diabetes can be genetically inherited, the risk of increase increases with overweight and obesity. Over the past 30 years, these two diseases have become an epidemic that has affected 7 of 10 adults and 3 of 10 Mexican children according to the National Health and Nutrition Survey (ENSANUT) 2012.

Five years ago, María Antonia Pérez started an obesity control program at HGSJR; with diet and exercise, he dropped 30 pounds. Seeing how much he was compromised, surgeon Walter Kunz offered to pass through the Bipartition of the Intestinal Transit, to take a step forward in the control of diabetes mellitus 2; she accepted

Thus, this woman who is now 65 years old became the first person to receive treatment. Little by little he reduced his anti-diabetic consumption; to date, it does not take any. He went into a state of complete remission, that is, he has normal levels of blood sugar or glucose, basically he is disease-free.

Kunz Martinez believes it is risky to say that manipulation in any system or system of the body "cures" a disease as complex as diabetes mellitus. That is why he points out that the term "remission" is preferable to "cure" because there are no long-term studies of what will happen to the disease, it may come back.

It's not magic
After the operation, patients should attend medical appointments every 3 or 6 months. Between the sixth and ninth month after intestinal cleavage, blood sugar will be stable and the consumption of anti-diabetics may be reduced. Each patient will respond differently to treatment, but the less time they have with the disease and the younger they are, the better.

The benefits of BTI are not magic, medical supervision, balanced diet and physical activity are needed. Kunz Martínez points out that there are many cases of desertion for follow-up after the operation, but 62% of the first 30 people who underwent the procedure and who were reviewed more than a year ago are in remission.

María Antonia Pérez is one of them; he responds promptly to his consultations, he practices yoga three times a week, but due to overfeeding, he has obesity again. Although she knows very well that no food is forbidden, she is tempted and sometimes she eats up to four tortillas, she loves them.

Due to obesity, Maria Antonia now takes medication to control blood pressure; after the BTI I did not need it anymore. Although this situation distresses him, he did not give up, he continues to fight; He knows that at the moment he is free of diabetes.

Obstacles and the way to go
The disbelief of doctors and patients has been one of the main difficulties for the dissemination and implementation of Bipartition of the Intestinal Transit. Kunz Martinez explains that when diabetic patients are told "we will open their stomach to operate on something that is not hurting you," many refuse and accuse the doctors of first contact. They, out of ignorance, tell patients that such operations do not exist or are outside the reality of Mexico.