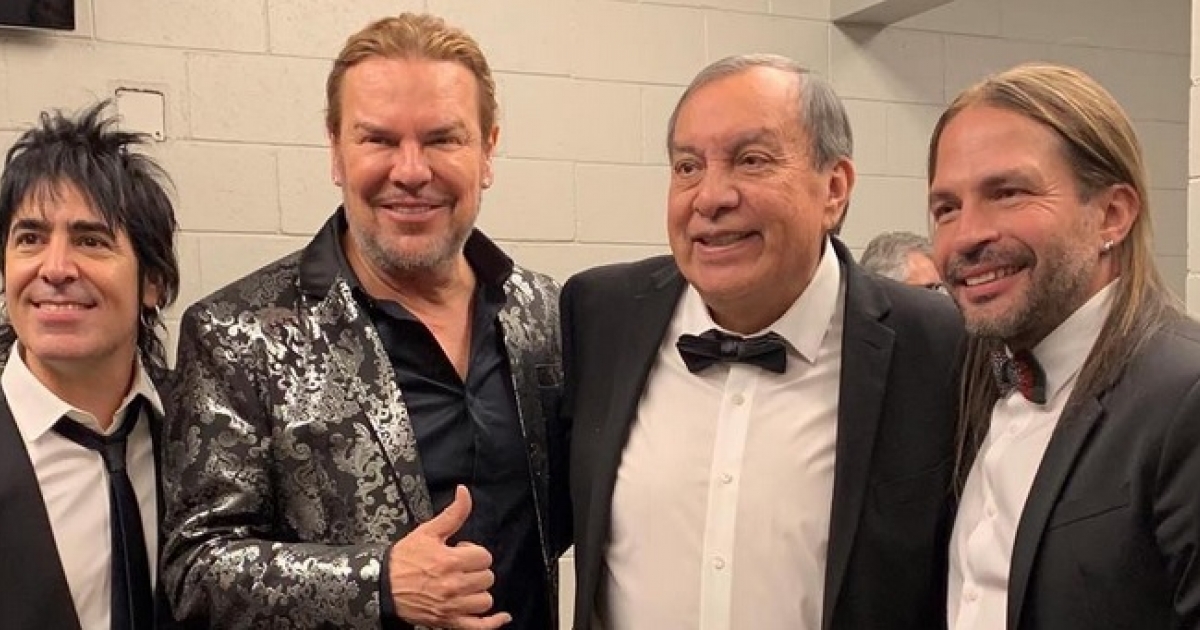 One of the main novelties of the recent edition of the Latin Grammy was the award of the Mexican rock band Mannaas Personality of the Year for more than 30 years of musical and philanthropic career. However, when its members took to the stage, something else caught the attention of those present and quickly echoed on social networks.

Fher Olvera, Mana's lead singer surprised with some very visible changes in his face and quickly the nets were full of comments about the skin of the face and raised eyebrows, forgetting the gratitude that the band made to the public and the Latin Grammy for recognizing decades of trajectory.

To conclude, her former partner, Mexican hostess Mónica Noguera, added fuel to the fire confirming the singer's surgery and revealing some details of the show. First hand. The presenter said that his ex was about to leave the operating room alive when in the cosmetic procedure, a doctor made a serious mistake that put him to the brink of death.

"At the time we were together he had a very dangerous surgery in Los Angeles on the face, I will say that it hurts a lot, because at that time it was just a surgery for the eyes and double chin, but he almost died because a vein was cut .

The doctor cut a vein he should not have and had three cuts in his throat; It was bleeding, "said Noguera, who also lamented that an artist of his stature is now focusing on the aesthetic and not the artistic.