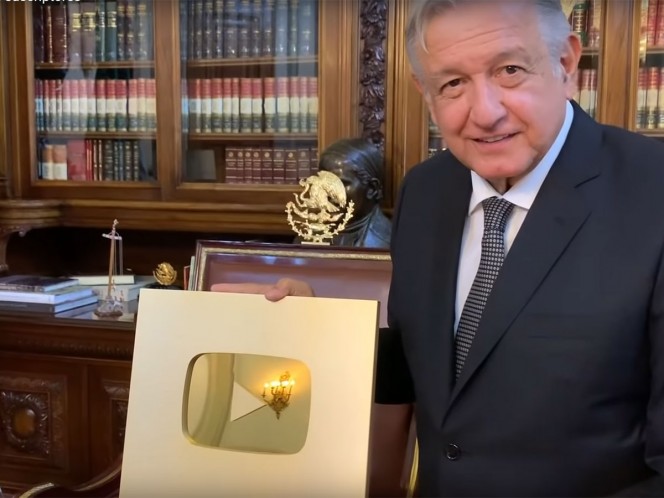 President Andres Manuel López Obrador boasted, through a video, of the gold button he received from YouTube, adding more than 1 million subscribers to his account.

I want to dedicate the recognition to the blessed social networks. A few days ago I spoke on a conference call with Mark (Zuckerberg), the founder of Facebook, and I talked about when we were in the opposition, they surrounded us, there was an information fence, the traditional media was very controlled by the regime and there was information about What we did

He said that the freedom that the social networks It is one of its main achievements, although they can also be manipulated.

Freedom, which we can express ourselves, has to be suffering even from bots, but in the end citizens can choose on social networks, when we know it is a paid opinion, a bot, a robot, we can change, but there is a lot of good information that is transmitted, there are round-trip messages

It was a breakthrough in social networking, for us who fought in the opposition was like a desert oasis to have social networks, so thank you to YouTube, "said President Lopez Obrador.