Increase to 76 explosive deaths in Tlahuelilpan 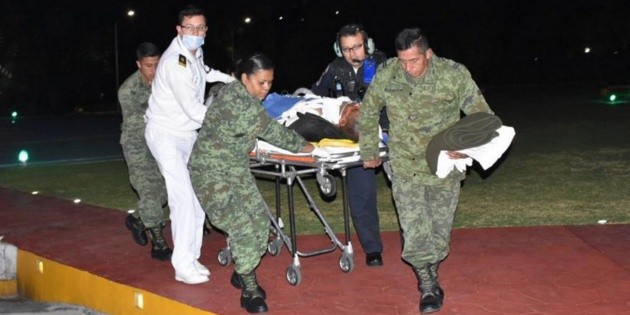 For its part, the Mexican Institute of Social Security (IMSS) reported that one of the people who was injured in the pipeline, who remained hospitalized in the Hospital de Magdalena de las Salinas, died.

Through your Twitter account, The IMSS lamented the death of Patricia "N", 42, who was a relative of the Institute's nurses.

"With deep sadness we inform that the victim of the tragedy #Hidalgo, Mrs. Patricia, mother and sister of Itzel and Alejandra, nurses of #IMSS, have died, the whole Institute is with them and embraces them from the heart." social network.

With deep sadness, I inform you that the victim of the tragedy of #Highland, Mrs. Patricia died, mother and sister of Itzel and Alejandra, nurses of the #IMSS. The whole Institute is with them and embraces them from the heart. #GMC


The woman was transferred Saturday afternoon to the Hospital de Traumatologia located in the office of the mayor of Gustavo A. Madero, Regional General Hospital (HGR) nº 2 of Villa Coapa.

The president Andrés Manuel López Obrador He stressed that it was decided to make the whole process transparent to reach the truth without hiding anything.