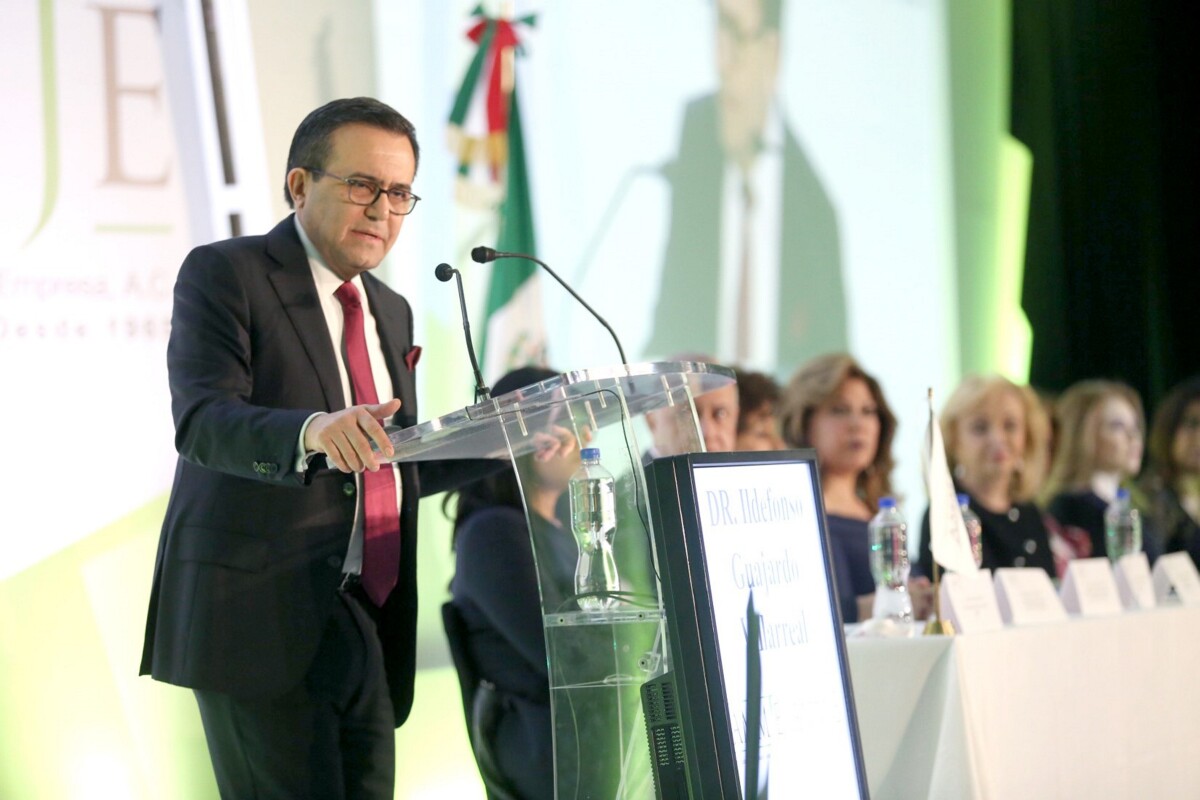 MEXICO CITY – The Secretary of Economy, Ildefonso Guajardo Villarreal, urged the Senate to ratify in its terms the Treaty of Mexico, United States and Canada (T-MEC) to warn that the pressure will come to change its content.

During a meeting with the Senate's Economic and External Relations Committees for North America, where the critical route for ratification of the T-MEC was discussed, he explained that once the presidents of Mexico and the United States and the Prime Minister of Canada sign the agreement on November 30 in Argentina, there will be many pressures to change what was agreed upon.

"There will be a lot of pressure for you to try to change what was agreed under the pretext that the votes are needed to move in. My recommendation is that you keep the line of what was agreed upon," he said at Senate headquarters.

"The agreement at the table is good enough for all those who will make decisions in Canada, the United States and Mexico," said the Economy Minister.

"Undoubtedly, Mexico won when it sent a message to the world saying that a new government and an exit government have taken a position to preserve the most important platform of international trade that is North America," he argued.

On the other hand, he referred to the position of the Conference of Industrial Chambers (Concamin) and the Senate itself to apply "mirrored measures" to the United States prior to the signing and ratification of the T-MEC on tariffs and aluminum.

He said that would be like "taking a bullet in the foot," since it would affect industries like automotive, appliances and energy.

Lee: Seade asks that the steel tariff be removed before signing the T-MEC

He stressed that any approach adopted by the United States on this issue will be made by the steel industry.

"17 days after completing my task, I will not put a position on the table that is not in full agreement with the industry.I have not gained anything at all. If I try to solve Measure 232 with a good sign that we are going to get to the company, only way to achieve it would be with the agreement of the camera, "he said.

However, he hoped an agreement with the United States on steel and aluminum would be reached soon. "Our expectation is that, before we reach the signing on the 30th, the possibilities of certainty in this agreement are given, we are in the process of reaching it."

The Economy Minister recalled that the Mexican government has already responded to the question of tariffs on steel and aluminum with "3 billion dollars in other sectors".

Automotive export will not be affected by T-MEC, says Continental