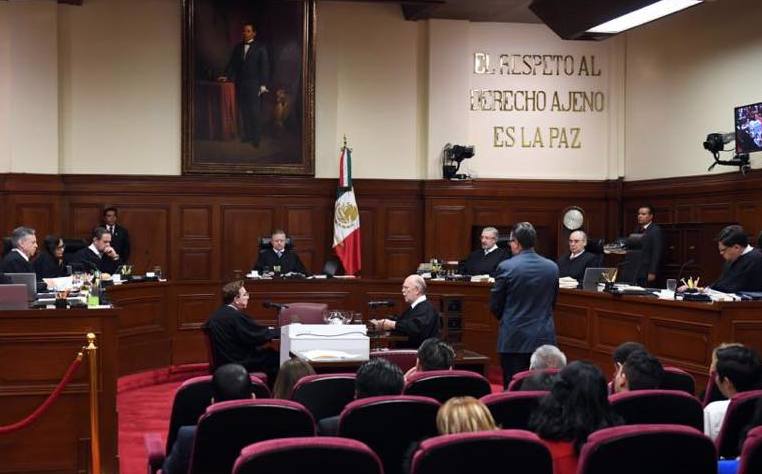 Thousands of cases brought to trial Office of the Attorney General of the Republic, as the former director of Petróleos Mexicanos, as well as former governors, today they are by a thread because the Supreme Court of the Nation declared It is unconstitutional for the agency to request financial and banking information without a court order.

With six votes in favor and five against, the Plenary determined that article 142, section I, of Law of Credit Institutions, violates people's right to privacy.

Due to the sensitivity of the case, the Court must decide next Monday whether its ruling has retroactive effect, or if it is applied only against future events.

The precept allowed the holder of the FGR to request National Commission of Banks and Securities, financial and banking information of citizens, without the need for a judge to authorize the measure.

Some ministers warned that invalidating the precept would jeopardize the investigations of the FGRnot just money laundering and tax fraud, but also those related to organized crime.

"… I also worry about the consequences of establishing the criteria … of requiring judicial authorization to have this kind of information, because, automatically, once this criterion is notified or published, it will become unlawful evidence, all the information, all the requests for bank information, on which investigations are being processed, or even criminal proceedings, on crimes, I insist, of all kinds.

"Let us not only look at the prosecutors or the money laundering, I know – I insist – that this is not a properly constitutional argument, but it seems to me that the Supreme Court must also be sensitive to the consequences of the criteria they are establishing. ", warned Minister Jorge Maro Pardo Rebolledo.

Other ministers proposed that the resolution only have future effects, but not everyone agreed.

Minister Eduardo Medina Mora presented a project in which he proposed to validate that the FGR demanded information without judicial control. He made it clear that he is not unaware that the right to privacy is of paramount importance, however, must yield when it comes to the requirement of information by a federal authority in order to protect other assets of high constitutional importance, such as combat. tax fraud, money laundering, terrorism or organized crime.

The minister-president stressed that the Mexican state has an obligation to be effective in fighting crime, respecting the Constitution.

For its part, Minister Javier Laynez Potisek pointed out that in investigative techniques not everyone requires judicial authorization.

"… taking into account precisely the protected property, we can understand that a search without the authorization of the judge is unthinkable to defend its constitutionality, in terms of what it means to enter the home, but precisely by a search for elements, which to come as evidence of a crime and where it is found out there will be support and evidence of the investigation – I insist – on financial crimes, some tax crimes and money laundering, is exactly the opposite, it is necessary: ​​first, knowledge of these movements , in order to – effectively – conclude or even give rise to an investigation, "he explained.