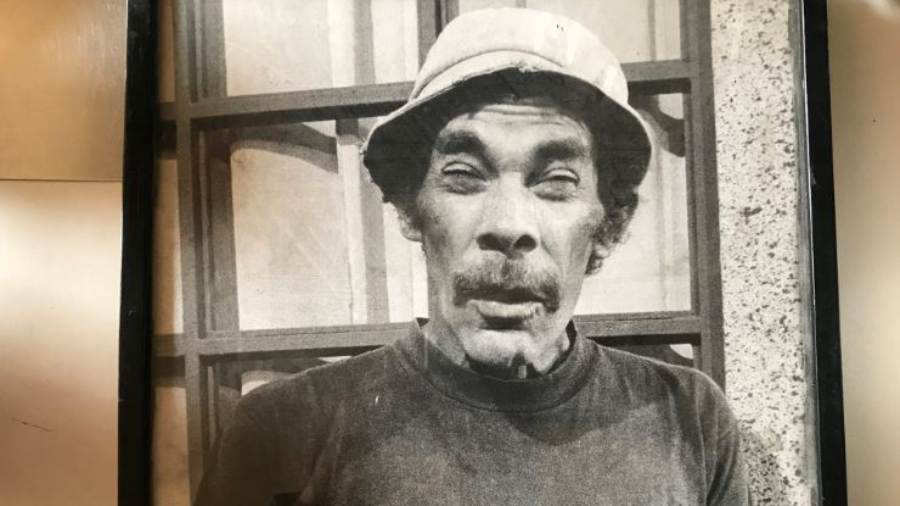 The comedian's grandson shared the emotional image, which he describes as "a treasure."

One of the characteristics that identified Don Ramón, the character Ramón Valdés gave life in El Chavo del 8, was his worn out suit. In all the programs he appeared wearing a shirt, jeans, a hat and sneakers.

They passed three decades of his death and his legacy as an actor and comedian is still valid for followers of the Mexican show.

This memory is what Miguel Valdés, grandson of Don Ramón, wants to keep alive, so he created a Twitter account dedicated to sharing anecdotes and curious facts about his grandfather.

Miguel caused a stir in the social network when he published an unpublished photo of the peculiar character of El Chavo del 8. The image describes it as a family of "treasures" guarding.

In the snapshot Don Ramon He surprised his fans by putting aside their traditional clothes and looking stylish and very smiling.

His grandson explained that his grandfather put on a jacket and tie for his parents' wedding because "he loved my father very much," he says.

He also described that "it will be one of the few photos you will see of my grandfather dressed in a suit, he always preferred jeans, shirt and sneakers."

A treasure for me, a photograph of my grandfather signing my parents' marriage certificate, his smile shows his great happiness, he loved my father very much. It will be one of the few photographs you will see of my grandfather dressed in a suit, he always preferred jeans, shirt and sneakers. (I.e. pic.twitter.com/NAELfOqGOZ

The publication was made by Miguel on April 12 and is still shared by followers of "Monchito", as well as the famous character of the program Roberto Gómez Bolaños, Chespirito.

In the social network surpassed 2,800 retweets, had more than 500 comments and more than 16 thousand "enjoy".

Miguel also shared a series of images never seen of his grandfather, in some he appears next to him as a child.