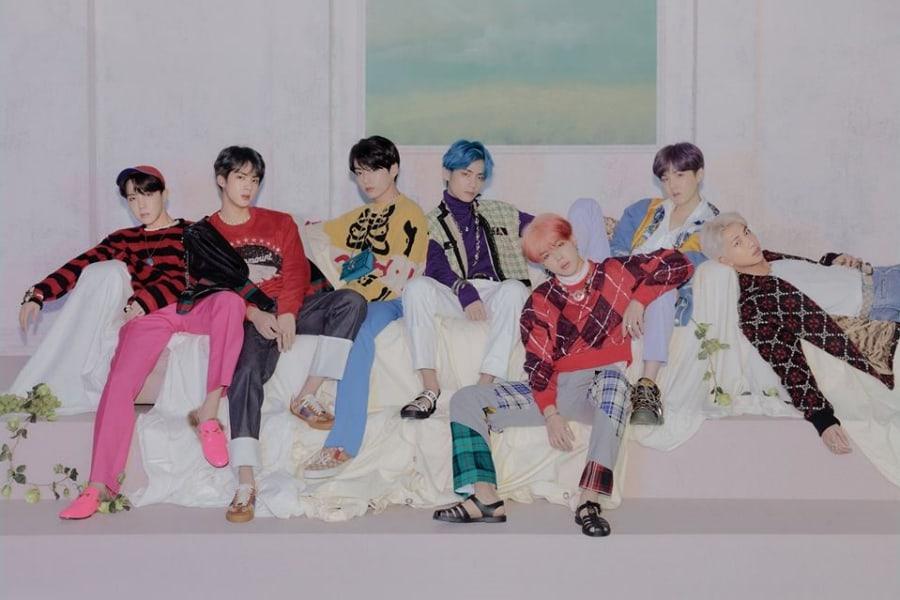 BTS celebrated the successful launch of their hit album, "Map of the Soul: Persona," with an interview on Apple Music's Beats 1 radio!

BJ introduced the band as "the biggest band in the world" and went straight to the questions, asking members how they worked with Halsey on their title track "Boy With Luv," which continues to break albums on various platforms. RM detailed how they met backstage at the 2017 Billboard Music Awards, where Halsey told the group she became a fan while watching her music videos.

"She came to Korea last year and we met again. We talked about [how] we must collaborate, we must work [on] something. We had this track for this album and we thought Halsey would be the best voice for that track, so it happened, "said RM.

When asked who the collaboration of their dreams would be, members responded with big names like Drake, Billie Eilish and Troye Sivan. RM praised Billie Eilish's newly released album, saying "It's huge! Everyone should hear this.

The BTS also showed love for Ed Sheeran, who composed the song "Make It Right" for the idols. "We could not believe it," RM recounted when Ed Sheeran offered a song for the group after posting on the BTS song on Instagram. "It's like a drama," he added.