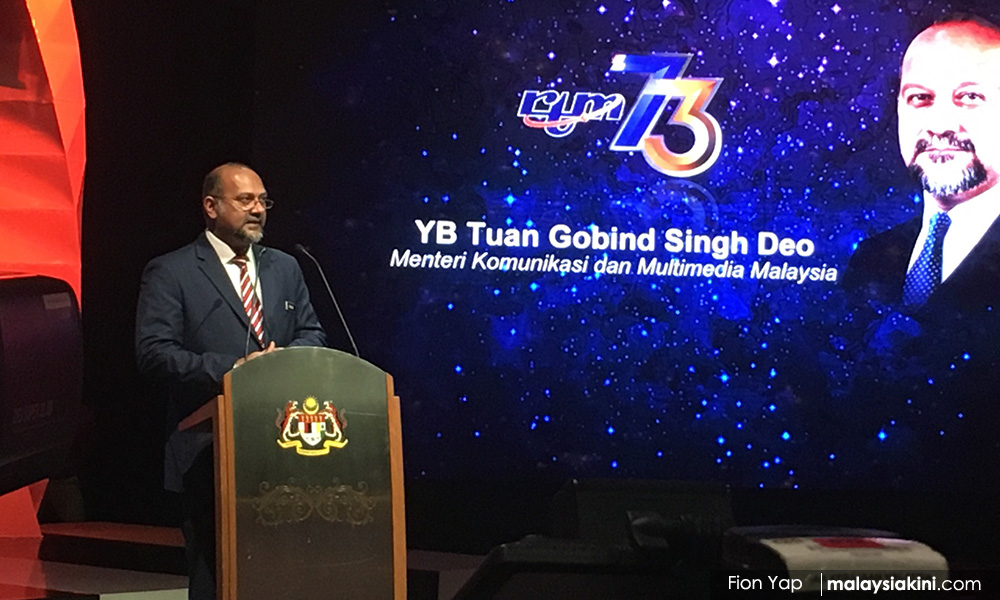 Minister of Communications and Multimedia Gobind Singh Deo said he would ensure that Radio Televisyen Malaysia (RTM) would move forward and be the first choice of people for television and radio channels.

He said he will continue to help RTM stay relevant despite new technology and stiff competition.

Gobind said that, as a national broadcasting station, RTM was an institution that should be maintained, although there were those who thought it was unnecessary to continue the season.

"There are outsiders who send messages to me, saying there is no need to continue with RTM and I say" no way! "RTM is an institution.

"After 73 years, we are still relevant and strong because the RTM team is still strong." You are the heart and soul of RTM, continue what we can do for the world, and prove that we can meet that challenge, "he said. speech at the 73rd anniversary celebration of RTM and the launch of the station news channel in Angkasapuri, Kuala Lumpur, today.

Gobind said that the achievement of RTM in the last seven decades was impressive and impressive.

As a professional and mature broadcasting organization, he said that RTM has always displayed results based on past experience, as well as compliance with existing laws, rules and procedures.

"As a government department under the Ministry of Communications and Multimedia, RTM supports any government policy as well as introducing and explaining them through radio and television programs to the community," he said.

Gobind said that, starting as a radio channel on April 1, 1946, RTM expanded its services into 33 national, state and local radio channels.

To ensure that RTM does not fall behind, Gobind said that the station was implementing its transformation plans in terms of broadcast services and programs, as well as strengthening the work culture according to the dynamic culture of the Industrial Revolution 4.0 (IR 4.0).

He said the ministry itself was offering training sessions for the RTM team to tackle IR 4.0 and RTM Digital.

"RTM and the ministry often consult the PSD to study appropriate methods to further improve the career of the RTM team," he said.

Meanwhile, Gobind said that strategic cooperation was also being discussed with Bernama and the Information Department to improve RTM's services in disseminating information through social media.

Also present at the event was the director general of the Malaysian Broadcasting Department, Abdul Muis Shefii.