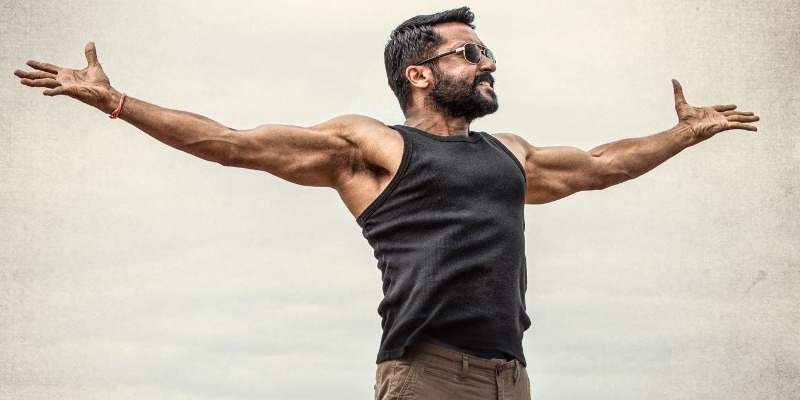 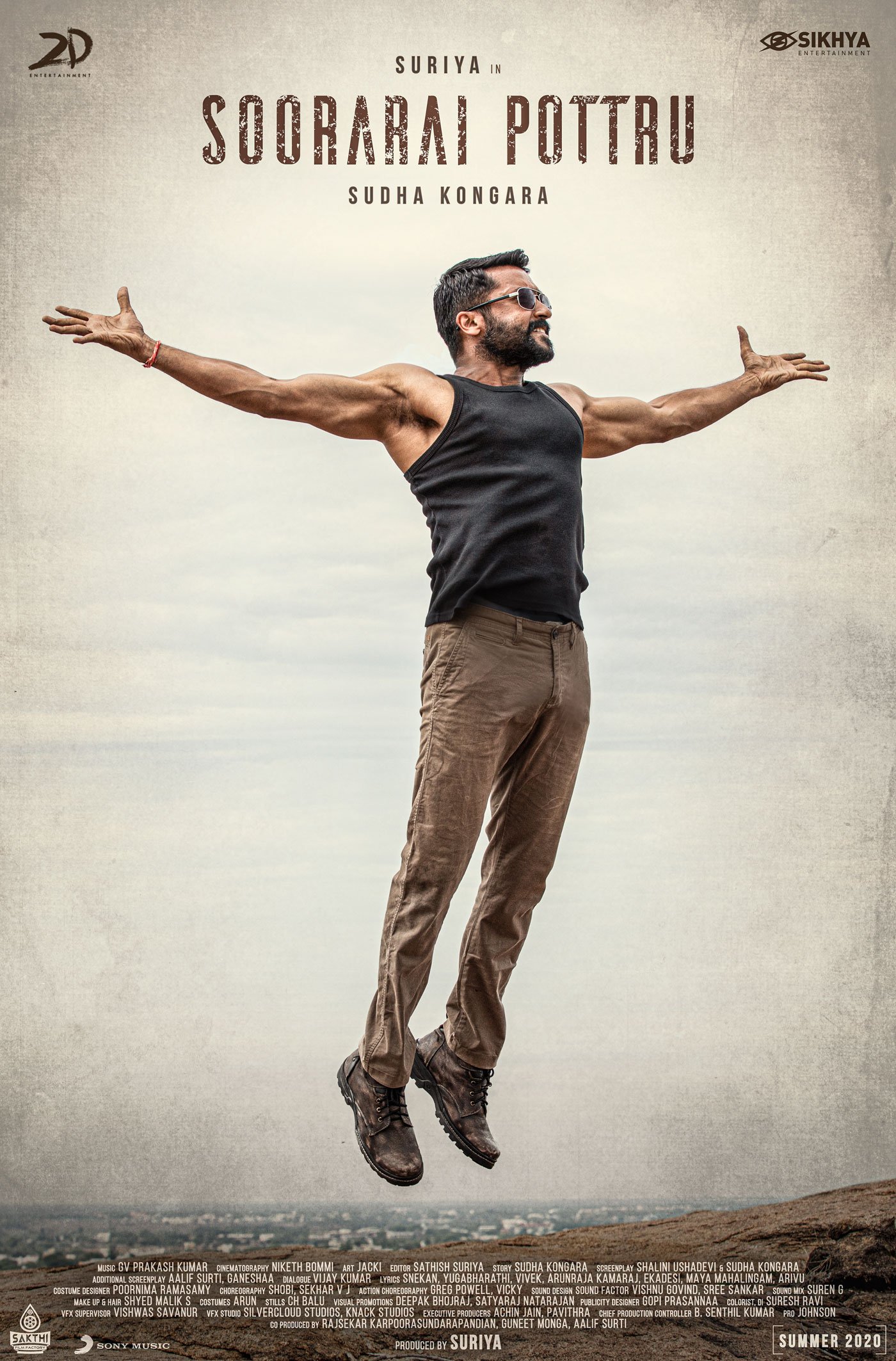 The stunning first look of Suriya's 'Soorarai Pottru' has just landed and expected it is truly high flying in design and the effect. In sync with the storyline based on famous aviator G. R. Gopinath, Suriya plays the character Maara and we see him in a taking flight pose. The very character name Maara has a mystical quality towards it and should find its place as one of the iconic roles of the intense star actor. The hardcore Suriya fans have already trended the hashtag Sooraraipottrufirstlook the whole day and now that the awesome poster has been released its going to occupy the number one position on all social media platforms from now on.