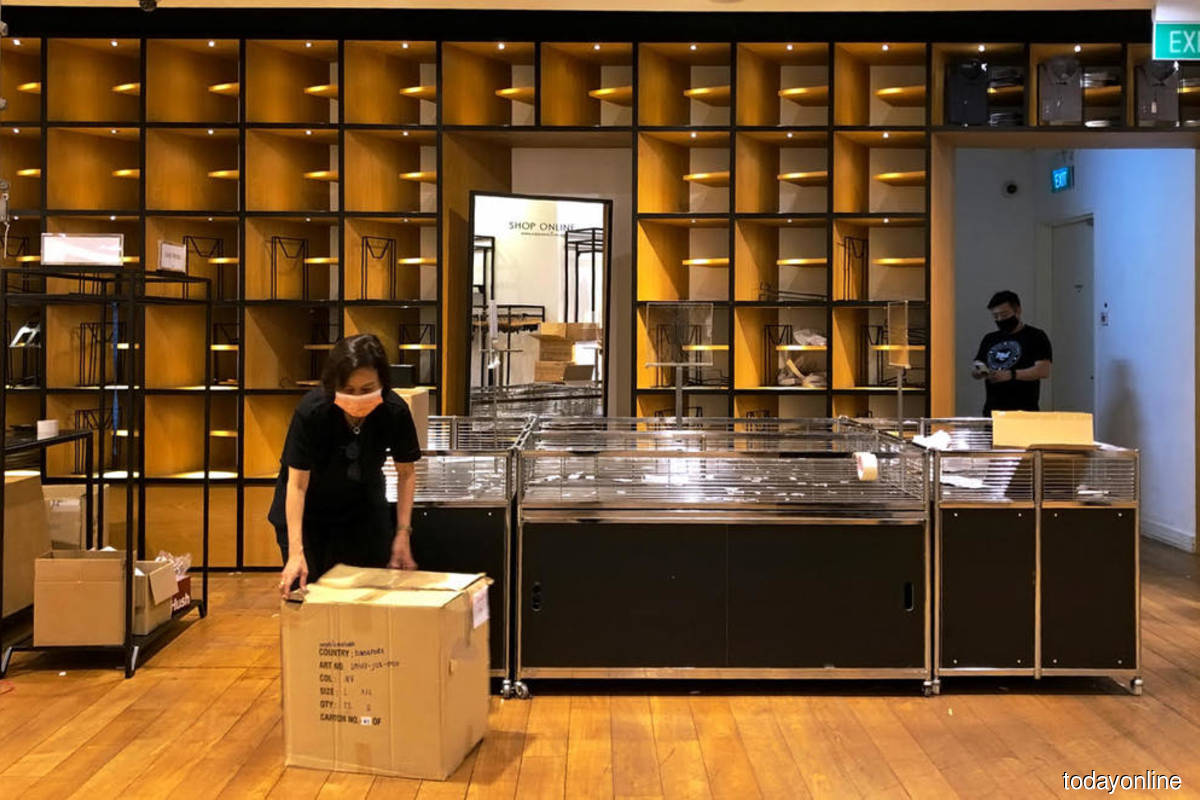 SINGAPORE: Those who have lived with Robinsons long enough might feel that things were not going well, but not Mr. Andy Ng, a sales supervisor who has only been there for two years.

“We found out this morning during a meeting,” he said of the department store liquidation, which was announced on Friday (October 30). “I didn’t expect this.”

Surrounded by half-empty shelves and a sea of ​​customers, the 39-year-old man who was in the outlet store at Raffles City Shopping Center added that he would miss his colleagues and is concerned about getting another job.

Other employees who have been there for decades were overwhelmed and trying to keep their emotions from overwhelming them.

It was a bit chaotic when TODAY visited Raffles City and The Heeren on Friday afternoon. There were lines of customers at the checkout counters, some staff members packed the products in cardboard boxes, while others continued to serve customers.

The steady flow of customers entering stores snapped up various items, from clothing to bonsai plants.

A 74-year-old salesman from Raffles City outlet, who declined to be named, said: “I’m very sad … When I see the empty benches downstairs, it hurts.”

She worked at Robinsons for 30 years, has already passed the official Singapore retirement age and would have continued to work there had it not been for the latest development.

“This is a department store with more than 100 years of history, but because of Covid-19 …” she said, stopping. “I have been with the company in its ups and downs. I was very busy, but very happy. “

Still, she knew it might not last. “I’ve already prepared myself mentally. There are no tourists. We were closed for two to three months, ”she said, referring to the second quarter of the year, when most commercial activities were interrupted here to contain the spread of Covid-19.

Another saleswoman who declined to be named, a 63-year-old lady who has been working for 20 years, said while crying: “Customers are cooler than last time … we could learn from them to provide better service for them. “

The promoters of both Robinson stores also expressed their sadness, although they are not direct employees of the department store.

“All the colleagues here get along very well, the customers are very nice,” said Ann Chia, 53, a promoter for the clothing brand Glenhill.

Ms. Chia has been permanently serving at the Raffles City branch for five to six years. She reminded her regular customers, adding that one even left a text message over the phone in the morning to see if the store would actually close after reading the news.

A makeup artist from Nars who worked at The Heeren, who wanted to be known only as Yee, said she was a little sad about the closure, but was not completely surprised by the result.

“We work here, so we know the situation,” she said, referring to slow sales. For example, people can no longer test makeup products, which makes it difficult to get new customers.

Other prosecutors said business was improving, although it was quieter compared to pre-Covid-19 levels. They said there were rumors that the remaining stores could close after Robinson’s branch at the Jem mall in Jurong closed in late August, but they were not sure for sure until Friday’s news.

Robinsons employs 175 people in Singapore. On Friday, the retailer announced that it has started liquidating its two remaining stores here at The Heeren on Orchard Road and at the Raffles City Shopping Center on North Bridge Road. He started his business here in 1858 at Raffles Place.

It will also close its stores in Malaysia, which are located in Kuala Lumpur, Shoppes at Four Seasons Place and The Gardens Mall.

The liquidation process for its stores in Singapore will be overseen by Mr. Cameron Duncan and Mr. David Kim of KordaMentha, a corporate restructuring and consulting company.

Robinsons said TODAY that will no longer maintain an online presence.

“In our experience, the online model does not work for department stores, due to individual brands that want to retain brand ownership online, as well as strong competition from full e-commerce sites,” said his spokesman.