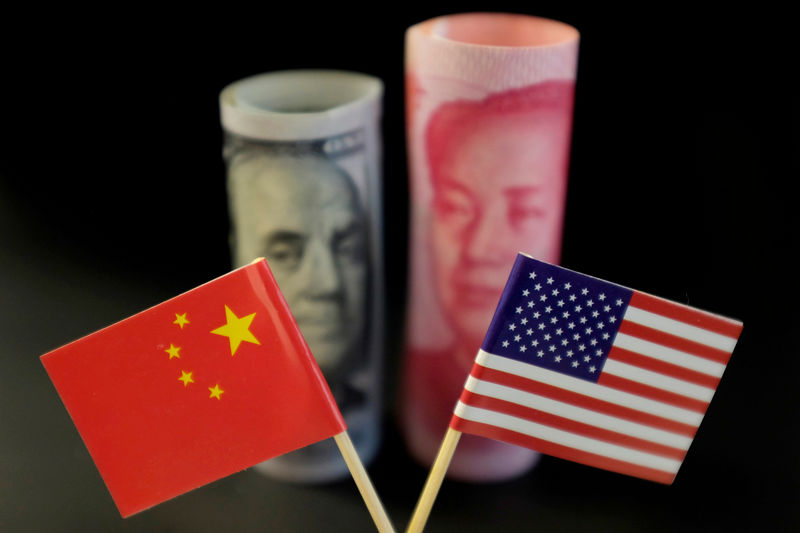 From Sujata Rao and Ritvik Carvalho

(Reuters) – As the US-China trade war erodes confidence as central banks prepare to spark yet another wave of stimulus, investors are checking which warning indicators may be predicting a global economic downturn.

A decade after the 2008 financial crisis, one of the most accurate predictors of US recession – the reversal of the yield curve on government bonds – has come on the scene.

But predicting global recessions is more complicated. Most countries simply can not match US data in terms of breadth. Global recessions are also rare – by 2009, it would be necessary to go back to 1990-1991 to find a time when the world economy actually declined.

However, given the population growth and the need for faster growth rates in poor countries, the general rule is that world growth below 2% can be classified as a recession.

The recession is not expected by the International Monetary Fund, which forecasts global growth in 2020 of 3.6%. However, IMF chief economist Gita Gopinath highlights "many negative risks", especially trade tensions.

"We are a world away from the 4% (growth) we were seeing in 2017, when the US, Europe and China were growing strongly at the same time," said Andrew Milligan, director of global strategy at Aberdeen Standard Investments.

"We are seeing several of these pistons within the global engine beginning to stutter."

If the world's biggest economy tips go into recession, other people are likely to follow. So with borrowing costs three months steadily above 10-year rates, markets are scared – this curve reversal has predicted almost every recession in the last 50 years.

The index began to decline in 2007, with the slowdown accelerating in 2008 ahead of the global crisis that triggered the global recession of 2009.

If growth depends on expanding trade, the alarms are ringing. The freight benchmark, the (BDI), hit three-year lows in February. Having fallen during all previous recessions, the levels of the previous year are 40% below those recorded. The BDI plunged almost 60 percent between May and September 2008 before the Lehman crisis and rebounded briefly in 2010. There are now 1,194 points against the 818 recorded in 2008. The record low was 315 points in 2016, when global growth slowed.

In addition, the World Trade Monitor compiled by the Dutch CPB agency https://www.cpb.nl/en/worldtrademonitor shows that transaction volumes shrank in December last year for the first time since January 2016.

WHAT DO PURCHASING MANAGERS THINK?

Purchasing Managers & Indexes (PMI) indices have been reliable in forecasting manufacturing trends and services. A JPMorgan (NYSE 🙂 global composite index is currently at its weakest point since the growth shock of 2016, keeping slightly above 50 – the brand denoting economic expansion – while a new PMI has fallen below 50 for the first time since 2012.

"If the overall compound PMI drops from, say, 53 to 48, that alone is a good enough signal (for recession)," Milligan said.

Bond yields and inflation generally increase when growth is strong and vice versa. But market-based inflation indicators – five-year futures swaps – have fallen sharply this year. And 7- to 10-year yields on Bloomberg / Barclays Multiverse, a global debt indicator, are at the lowest level since 2016.

The copper record as a boom-bust gauge earned the nickname "Dr. Copper." And because gold is considered a value reserve during the recession, the gold / copper ratio can point to where growth is heading. Quite simply, if you think the economy is ending, you dump and buy gold. Consequently, gold rose against copper during all previous episodes of growth.

"You could argue that at current levels, copper is pricing, maybe not a recession, but certainly a slowdown," said Carsten Menke, commodity strategist at Julius Baer.

Equity markets include stocks that do well when the economy is robust and others that act in times of trouble. The first category includes & # 39; cyclic & # 39; – automakers and retailers, for example – while recessions are often preceded by demand for "defensive" products, which include utilities and consumer commodities.

Financial Condition Indices (FCI), which include elements such as long-term borrowing costs, exchange rates and equity movements, show how favorable the backdrop is to growth. More stringent conditions are generally negative.

A Goldman Sachs (NYSE 🙂 index shows stricter conditions than in the same period last year, but down from October, when a stock ticker took FCI to its highest level since 2016.

Goldman recently noted that its FCI has increased by 30 bps since the end of April as the trade war has reignited, enough to reduce growth by 25 bp next year if sustained.

The demand for goods or machinery can be measured by checking the stock / sales ratio. A high proportion indicates that sales are down, leaving much stock in the warehouses. The US stock index for sales and Japanese stock indexes for electronics have hit three-year highs earlier this year.