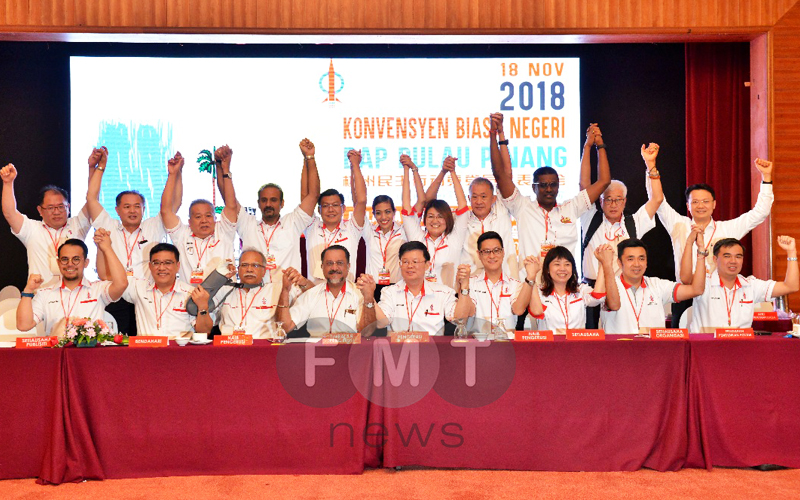 GEORGE TOWN: P Ramasamy and Zairil Khir Johari failed to get enough votes to appear among the top 15 contenders to join the Penang DAP committee.

However, they are still on the committee after being appointed vice presidents again.

The return official and Kota Kinabalu MP Chan Foon Hin announced that Ramasamy, who held one of the two vice presidencies of the DAP for the period from 2015 to 2018, received 303 votes.

Ramasamy got 33 votes less than the last person in the top 15, Phee Boon Chee, who received 336 votes.

Zairil, the other vice president of the state, received 328 votes.

Those in the top 15 are eligible to be elected as charge holders. Another five slots are named.

As a result, Chow remains as head of Penang DAP, a position he has held since 1999. Elections are held every two years.

Others, from sixth to fifteenth, are:

The members of the Penang DAP commission for the period 2018-2020 are as follows:

Members of the Committee:

When contacted, Ramasamy said he accepted the election results and said democracy was thriving in DAP.

"There have been active campaigns of other candidates. I did not campaign much this time. Anyway, I accept the results and I am happy to be co-opted to the committee. "