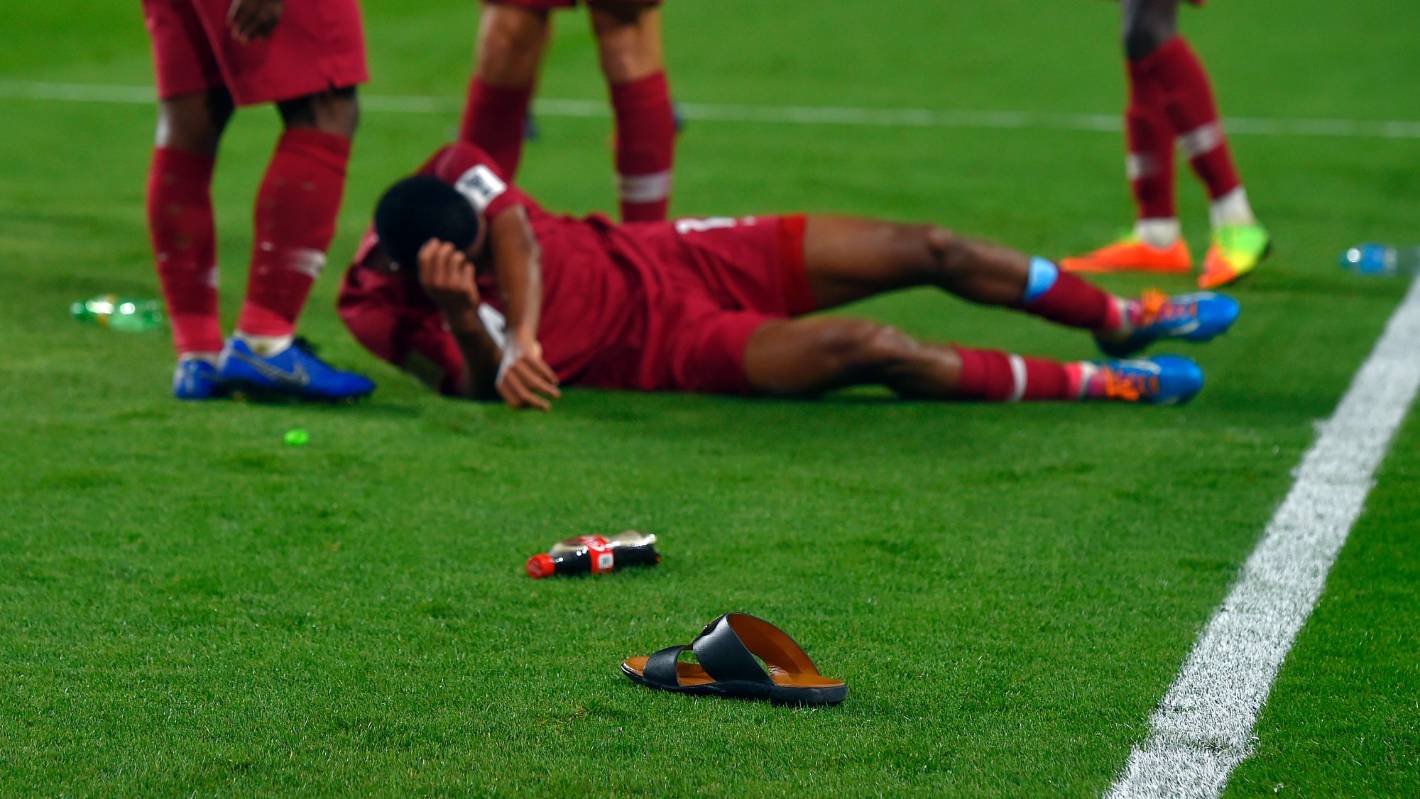 Qatar challenged local fans who threw sandalwood to enter the Asian Cup final for the first time with a 4-0 win over the hosts of the UAE to decide Japan in Abu Dhabi.

Boualem Khoukhi's header and eighth goal from striker Almoez Ali gave Qatar a 2×0 lead for the break with Hassan Al-Haydos and Hamid Ismail completing the goalless draw in the final 10 minutes on Tuesday night.

The United Arab Emirates wanted to reach the final of the Asian Cup for the second time but it seems likely that they will face sanctions after Ali was hit by footwear when he celebrated his goal and the last two scorers were also targeted by missiles.

"I think the players were aware that it would be difficult with the fans, but I think they controlled their emotions very well," said Qatar coach Felix Sanchez.

"It was difficult for players, it's normal in a semi-final celebrate, and I think it was just some people who behaved inappropriately, most were fair."

"It was a great game for us … I'm very proud and very happy."

The cloud of the diplomatic and commercial boycott of Qatar that Saudi Arabia, the United Arab Emirates, Bahrain and Egypt launched in 2017 hovered over the stadium with the national anthem of visitors being applauded by the majority of the crowd of 38,646 people.

The crowd was shocked in the 22nd minute of the first half when Khoukhi entered the half-time second half in the United Arab Emirates and threw a speculative kick into the corner of the area that slipped under the hands of goalkeeper Khalid Eisa.

While Eisa should have stopped the first goal, there was little he could have done in the second 15 minutes later.

Ali made his way through a trio of static defenders on the left edge of the area and kicked his net into the net of the far post to extend his lead as the top scorer of the tournament, causing a rain of sandals thrown by angry fans.

The hosts advanced after the interval and striker Ali Mabkhout revived their hopes with a long run in the 52nd minute of the second half when Qatar goalkeeper Saad Al Sheeb crossed over the crossbar.

United Arab Emirates captain Ismail Matar came in as a substitute and had a shot blocked in the 19th minute of the second half, while Saad was again the combination of Ahmed Khalil.

The breakthrough would not come, however, and captain Haydos scored the third on the break for visitors with a fine mark on Eisa to attract a shower of drinking bottles.

The insult was added to the indignity in additions when United Arab quarterback Ismail Ahmed was ousted after a VAR review by an elbow in the face of Salem Al-Hajri before Hamid Ismail defeated Eisa for the fourth time to trigger another dam of bottles.

"I apologize to the fans for the result. We have done the best we can," said UAE coach Alberto Zaccheroni, whose contract came to an end with the loss.

"We keep trying, but we have to admit that the Qatar team was the best team tonight."