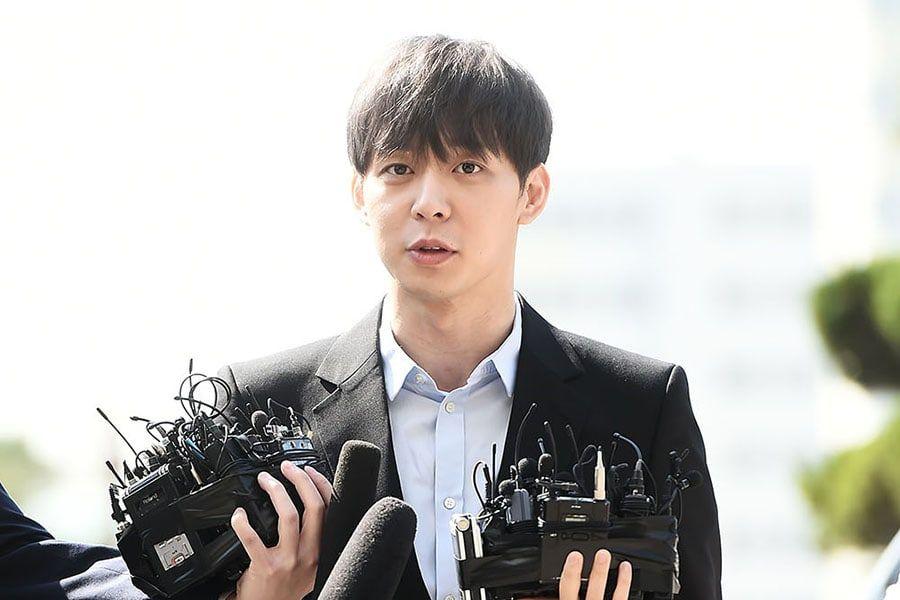 In the April 17 broadcast of MBC's "Newsdesk", it was reported that police were able to shoot CCTV from Park Yoochun buying drugs.

According to MBC, police found evidence of Park Yoochun buying drugs using the so-called "launch method". This is a method in which the buyer transfers money into the trafficker's bank account and the dealer hides the drugs at a designated location. for the buyer to find. Through this procedure, the buyer and the trafficker are not face-to-face.

It was reported that footage of Park Yoochun's CCTV paying for the drugs through an electronic transfer, arriving at the place where the drugs were hiding, and retrieving the drugs, were found.

Police also confirmed that they had already obtained and analyzed the details of phone calls on the day of the drug deal.

It was also reported that Park Yoochun arrived at the police station for interrogation on April 17 after removing most of the hair on his body. Because the substance left over from the hair on the head disappears through frequent dyeing, the police usually test the hair on a person's body.

Although police suspect he did this to tamper with the evidence, Park Yoochun's representatives explained, "He usually gets ready for show times."