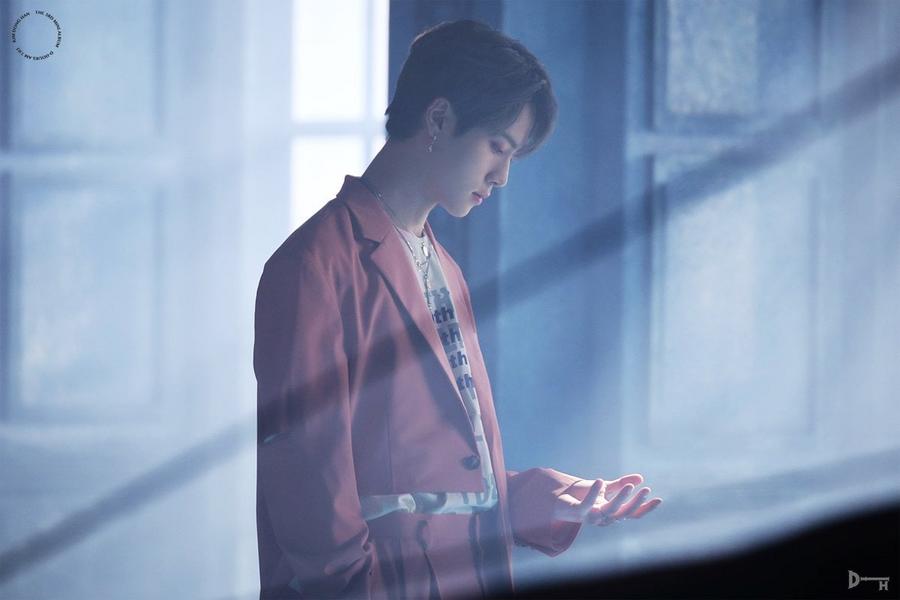 In the showcase, Kim Dong Han talked about his fellow "Produce 101 Season 2" trainees. "AB6IX debuts on the 22nd," he said. "I am close to Kim Dong Hyun and, as our promotional periods overlap, we are contacting and meeting."

"Produce X 101", the fourth season of the series, premieres on May 3. Kim Dong Han said, "I have not had much time on the screen, so do not be too disappointed if you do not get much of the screen time either."

He added: "Fortunately, one of my close-up videos caught my attention and I managed to get to number 40 and get to the next stage. Even if it is not through the official broadcast, as long as you position yourself, people will see you. "

Kim Dong Han has moved from intern to JBJ member and is now a solo artist. He said: "I see Taemin as my model, who has a very cool image as a solo artist."

Kim Dong Han made his comeback on May 1 with the title track "FOCUS".