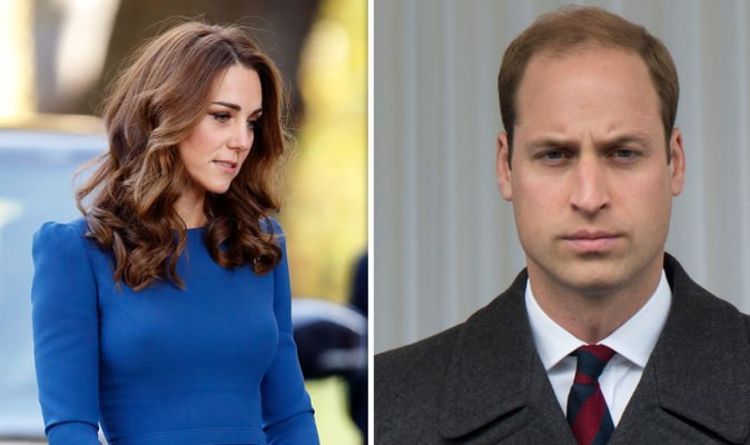 Prince William was born on June 21, 1982 and celebrates his 37th birthday today. Her birthday comes after Kate, the Duchess of Cambridge, also turned 37 in January this year. The royal couple met in 2001 and was at the beginning of their romance in 2002 when they both celebrated their 21 birthdays.

However, William's remarkable birthday was clouded for Kate when he was "worried about a very pretty girl" in his Windsor Castle bash.

Katie Nicholl, in her 2010 book "William and Harry," reveals how another woman was "proud" alongside Prince William in her 21st birthday celebrations.

Nicholl writes, "When William attended Kate's late 21st birthday party in June 2003 at his family home in Bucklebury, Berkshire, the look she cast about the hall when he entered the 1920s party went beyond Platonic ".

However, things did not look so romantic at William's big party.

The Duke and Duchess of Cambridge (Image: Getty)

Nicholl writes, "So at William's party at Windsor Castle later that month, it seemed as if Kate barely registered on William's radar.

Jecca is the daughter of British conservationist Ian Craig and his wife Jane.

She met the Duke of Cambridge in 1998 while on vacation in Kenya.

Nicholl adds, "William apparently had a secret crush on Jecca from the first time he met her.

"She was beautiful, with long blond hair, deep blue eyes and legs like a gazelle.

"When Kate raised the champagne glass to toast the birthday prince at the Out of Africa party, with the appropriate theme at Windsor Castle, it was Jecca who took the place of honor next to William at the head table."

The luxurious celebration saw Windsor Castle transformed into a jungle, decorated with models of elephants and giraffes and tribal masks.

Prince William had to fight with "comedy terrorist" Aaron Barshak on the anniversary of (Image: Getty)

Royal author Marcia Moody wrote as the Queen joined the theme of the party, coming "dressed like the Queen of Swaziland in a sparkling white dress and African headdress."

Prince William's 21st birthday party hit the headlines, however, with a brutal breach of security.

Aaron Barshak, the "comedy terrorist", was spotted on a parade around Windsor dressed as Osama Bin Laden wearing a prom dress and entering the royalty party.

The wiles of Barshak did not end there, however, when he went to the stage where Prince William was giving a speech and kissed the prince's cheek.

Nicholl, speaking on the Channel 5 documentary "Royal Scandals", said: "No one realized that something was wrong until Prince William looked at him and said:" Who the hell are you! "

"Security breaches are no bigger than that.

"It was a real scandal, suddenly all the attention was off the birthday and what was essentially a huge security threat.

"Every senior member of the Royal Family was present.

"If I had been a real-life terrorist, we would be talking about a very different story today."

Jecca Craig is now married to fellow conservationist Johnathan Baillie, and she attended the royal wedding of Kate and William in 2011.

The Craig family, which William called the "second family," also played an important role in Kate and William's novel.

The couple flew to Kenya to stay in their Lewa ward near Nairobi in 2010 on a trip that would secretly ask their future bride's question.

The time came when William took Kate to the remote mountain range of Mount Kenya and gave her his mother's world-famous engagement ring, which he carefully hid in his backpack.