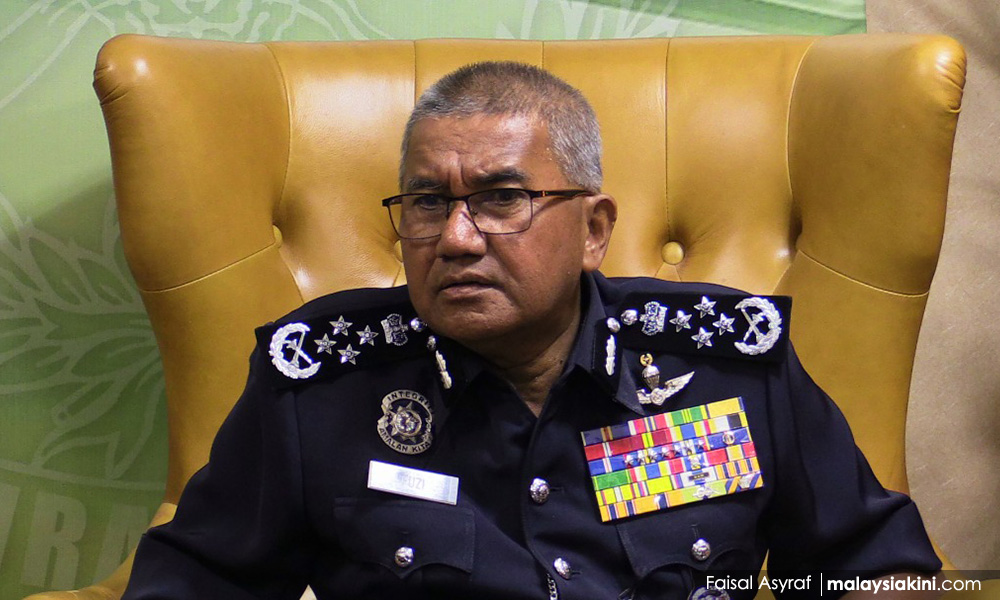 Police will give all their cooperation in investigating their alleged involvement in the forced disappearance of Pastor Raymond Koh and social activist Amri Che Mat.

Police Inspector General Mohammad Fuzi Harun said today that the police would obey the instructions given by the national leaders to investigate the case.

He said police also would consider measures to be taken as alleged by the Malaysian Human Rights Commission (Suhakam).

"I do not want to comment on it, because it is not the first time they (Suhakam) give information about the case.

"As such, Suhakam should not announce the public inquiry report to the people and should be handed over to the police, the Interior Ministry and other relevant authorities," he said when launching the rugby RPM Camaraderia Cup at the General Operations Battalion Field Force. near Kajang.

He was commenting on Suhakam's allegations, which blamed the Special Branch for the forced disappearance of Koh and Amri.

"It's really disappointing because their action seemed to punish the police when no action was taken on the matter," he said, adding that police will take appropriate action for the case soon.

Yesterday, Prime Minister Dr Mahathir Mohamad said the government would be opening further investigations after the Suhakam report, which concluded that the Bukit Aman special branch was involved in the disappearance of Koh and Amri in 2016 and 2017.

According to the prime minister, the government will wait until the appointment of the new Inspector General of Police is finalized, considering the conclusion made against Fuzi.

On Wednesday, Suhakam released a report after 18 months of investigation into several missing persons and the report concluded that the special police station was involved in the forced disappearance of Koh and Amri.

On Thursday, Interior Minister Muhyiddin Yassin said the government was prepared to set up a Royal Commission of Inquiry (RCI) to investigate the disappearance of Koh and Amri.

Fuzi, who is scheduled to retire as inspector general of the police next month, was the director of the special branch Bukit Aman when the disappearances occurred.

The investigation process was chaired by Suhakam Commissioner Mah Weng Kwai, a former judge of the Court of Appeal.