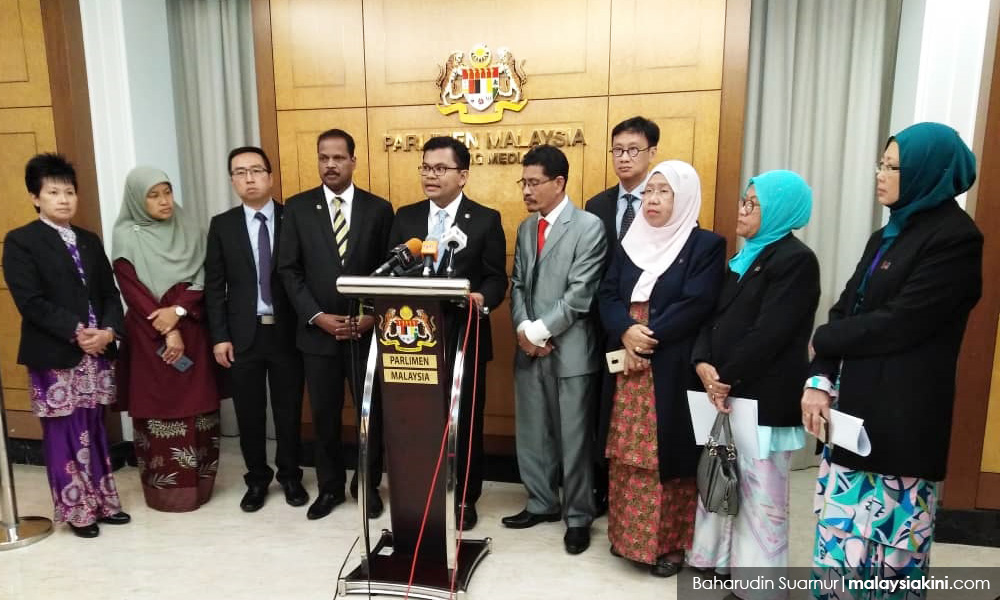 PKR POLLS | Members of the PKR's political cabinet at their meeting tonight should make the "right decision" to call for an investigation into allegations of lost ballots in the party's ongoing election, according to a PKR panel of MPs aligned with the vice-presidential candidate Rafizi Ramli.

PKR youth candidate Akmal Nasir said that although they do not intend to further delay the voting process, a fair resolution should be made by the leaders based on the conclusions they presented.

"In terms of any decision, we will accept them as they are. But, in our view, please be fair, before the political department makes any decision tonight.

"Our intention is for this matter to be presented as facts and for them (political agency) to make a decision," Rep. Johor Bahru said at a news conference in Parliament's lobby.

Akmal said this when he called for a response from PKR President-elect Anwar Ibrahim, who said that any decision related to the party's elections should be left in the hands of his political office and the electoral committee (JPP).

Akmal also said his only dispute was about how the party's election votes are missing in a "systematic and planned"way.

"For me, this matter should be raised so that the political office tonight can make the best decision, which takes our opinions into account," he said.

Meanwhile, Wong said party leaders should appoint an independent, globally recognized company to audit the results before any official announcement is made.

"They should come in and take a look at the basic statistics, and do some basic investigations before we announce the real outcome, because the credibility of the party is important," he argued.

"At the very least, our party is regaining our credibility, it's been a very long process and I'm tired, everyone is tired.

"So let's see if we can do it properly, we will appeal to the leadership, they are meeting tonight and hopefully achieve at least some results that will restore our image as a clean and transparent party," he said.

In repeating the calls, Abdullah also criticized several PKR leaders who announced their victories before an official confirmation from the JPP.

"I urge the political bureau to make a decision to ensure that the party's reputation and stature are restored," he said.

Full results for all contested positions in party polls should be announced at the annual PKR congress this weekend.