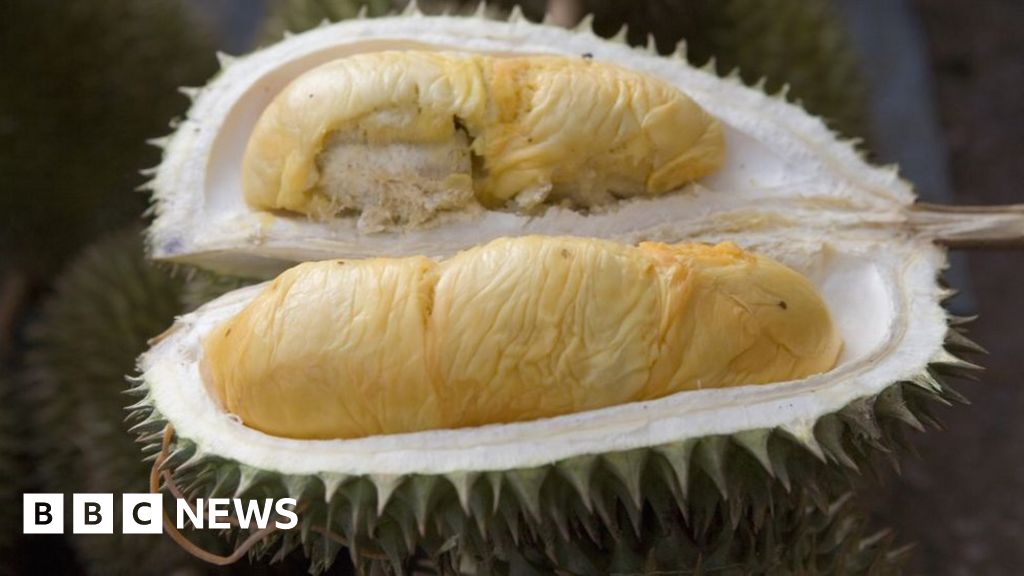 An Indonesian plane was temporarily grounded after passengers complained of a strong durian smell in the cockpit.

About two tons of durian, the world's most fetid fruit, were in the cargo hold of the Sriwijaya Air flight bound for Jakarta, Bengkulu.

The passengers demanded that the fruit be removed, with some almost blowing up with the crew members.

The flight finally took off around 11.40 local time (0440 GMT), one hour after the scheduled time.

Later, Sriwajiya Air said that the airline was well within its rights to carry the stinking fruit in cargo.

"It is not illegal to transport the durian on a flight as long as it is properly packed according to flight regulations – transported inside the hold. Many airlines do this," said corporate communications manager Retri Maya in a statement to the Jakarta Post.

The prickly durian is a delicacy in much of Asia, but also controversial – you love it or hate it.

Its strong smell means that it is banned from public transport, hotels and even airplanes in some countries.

"Who on this plane wants to fly?"

"When I got on the plane, I could already smell durion. I complained to the stewardess, but they told me to fill out a complaint form," said Amir Zidane.

The crew members ensured that the smell would disappear once the plane was in the air. Unhappy, Amir reunited his fellow travelers

"I screamed at the other passengers – who on this plane wants to fly? – they all sang back – not us !!"

He added that other passengers began to complain and some even almost "physically collided with crew members".

Eventually, everyone was invited to leave the plane while the crew unloaded the durion.

The head of the Bengkulu airport confirmed the incident to local news station Detik.

Anies Wardhana said that there were about 2,025 kg of durion on board the plane and that the airport would "evaluate" future packaging situations so they "would not cause discomfort to passengers."