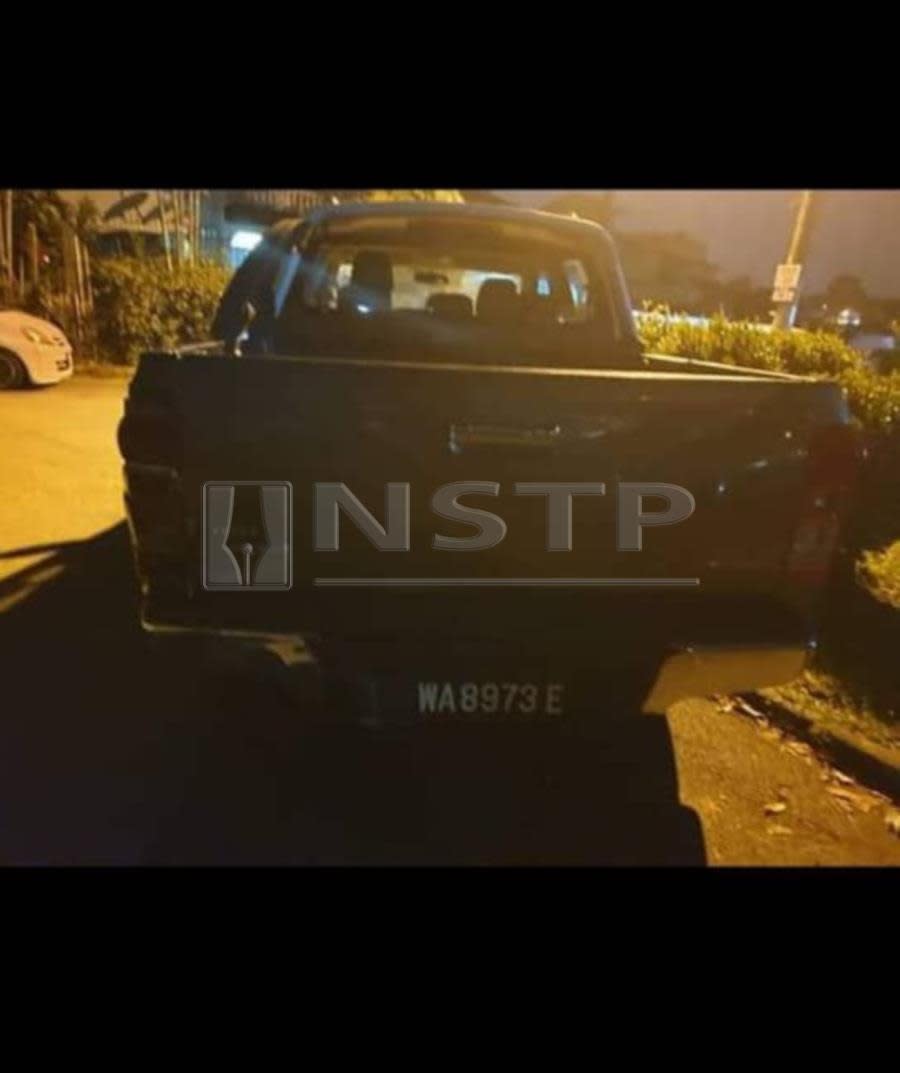 SERI KEMBANGAN: Police are asking the driver of a Toyota Hilux who went into roadside restaurants at a restaurant in Taman Equine here last night to indulge.

A 57-year-old diner was killed and four others were injured when the pickup struck and struck Jalan Equine 9B restaurant customers at around 8 pm Sunday.

The Hilux also collided with three other vehicles before fleeing the scene.

The suspect, who is believed to be a man, is still on the loose.

"We believe the suspect is still in this area and is urging him to surrender.

"We also ask members of the public and accident witnesses to come forward to assist in the investigation.

"The case is being investigated under Section 41 of the Road Transport Act 1987," Serdang's deputy police commissioner Ismadi Borhan told a news conference at the scene.