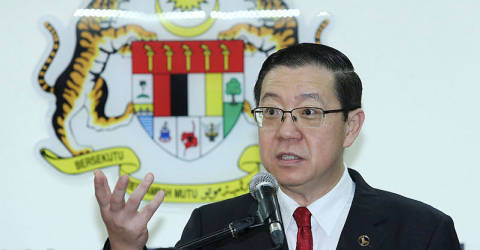 PETALING JAYA: The government is investigating the possible existence of monopoly in the cement industry in Sarawak, Minister of Finance Lim Guan Eng (pix) said.

He said that this was in view of the "markedly higher cement prices" in the state of Borneo compared to those of peninsular Malaysia.

"(That) should be examined to determine whether it is caused by monopolistic practices of local industry agents in Sarawak," he said in a statement today.

Lim's statement came just three days after the Minister of Domestic Trade and Consumer Affairs, Datuk Seri Saifuddin Nasution Ismail, announced that cement prices would not be increased after a meeting with key industry players.

Saifuddin recalled that the price of cement is controlled by the government, and what actions can be taken against those found guilty of raising prices without prior approval.

This came after several reports that several cement and ready-mix concrete manufacturers had issued price increase warnings of up to 40%, raising concern that this would affect home prices in particular.

"This also alleviates fears that major cement producers in the country are abusing their market power to raise cement prices unfairly.

"Cement is a basic building material and a drastic price increase will inevitably negatively fuel the economy and eventually harm consumers," he said.

Meanwhile, Lim said that inflation in the country remains low and stable, with the consumer price index for April 2019 showing only a 0.2% increase, similar to the previous month.