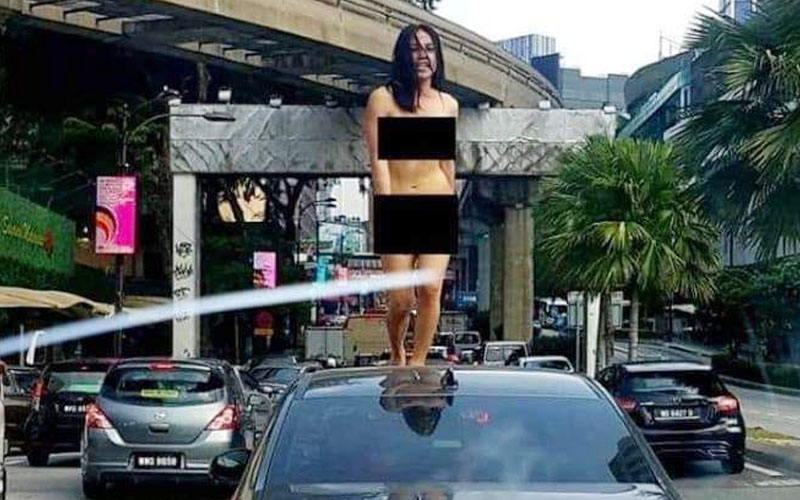 KUALA LUMPUR: A male tourist from the Philippines, who was caught videotaping naked in the city last week, has been charged with indecent behavior in the Magistrate's Court here today.

Kent Caburnay Acuin, 29, of Cebu, pleaded not guilty when the prosecution was read by an interpreter before Judge Rahni Kartini Abd Karim.

Acuin was accused of behaving inadequately by being naked and climbing in a Honda City Sedan vehicle along Jalan Sultan Ismail, Dang Wangi, at 10:40 on March 13.

The accused, who was not represented, was charged in accordance with Section 14 of the Lesser Offenses Act of 1955, which carries a maximum fine of RM100, if convicted.

The court ordered that Acuin be imprisoned and set for April 22 to be mentioned.

According to media reports, an individual was seen running around and making lewd gestures on top of a car and in front of a shopping mall in the Jalan Imbi area near the crossing of traffic lights Bukit Bintang on March 13.