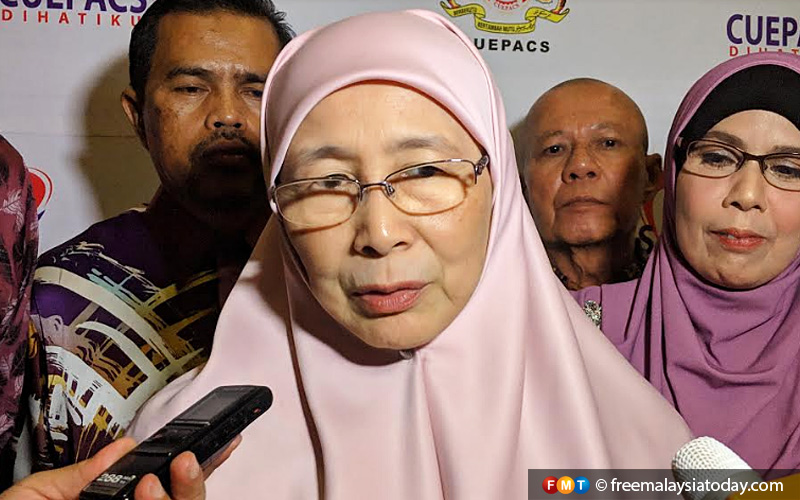 She said that Nurul Izzah's views should not be dismissed immediately because Prime Minister Dr Mahathir Mohamad repeated the same sentiments as MP Permatang Pauh.

"The prime minister has agreed to the disappointment of Nurul Izzah, so it is not a problem.

"It's wrong? She did not mention the misappropriation of funds, stealing money from the country or any other problems. We as a government should accept constructive criticism, "she said at dinner and the launch of World Women's Day 2019.

Earlier, in Parliament, Nurul Izzah defended his statement calling Mahathir "dictator", saying that she had used the term before.

"For the record, it is fact. I had said this before the general elections and used it during a Bersih demonstration.

"I do not understand why saying this in a different forum, but containing the same message, becomes problematic now," she said.

Nurul Izzah, in his interview with The Straits Times, admitted being "heartbroken" by political events in the country after last year's general election.

She was also dissatisfied with the passage of the former Mm. Umno to Pakatan Harapan.

She said it was difficult to work with an "ex-dictator" (referring to Mahathir) who caused so much damage in the past.