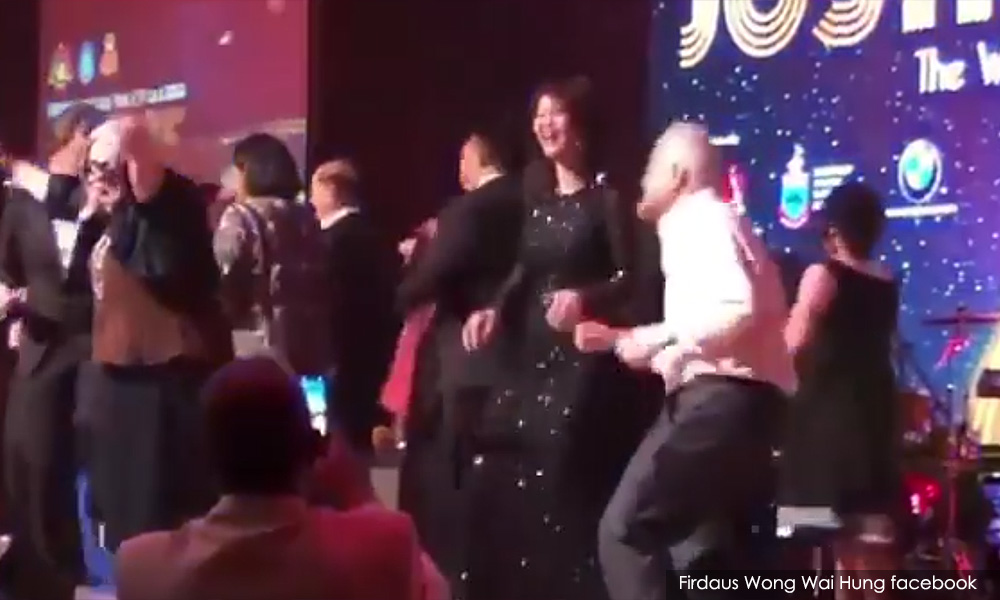 The Sarawak Lawyers Association (AAS) has struck what it described as the politicization of dance at a Kota Kinabalu gala event hosted for the legal fraternity, adding that critics do not understand the east of Malaysia.

"We fully agree with Sabah Law Society (SLS) President Brenndon Soh that the event held is the hallmark of a mature legal community, and are as disappointed as the SLS that certain neighborhoods are trying to misinterpret what was social and occasion harmonious reflection of our Eastern Malaysian hospitality, and politicize it for any reason.

"Those who criticize may not know about ethics and ethics culturally held in eastern Malaysia at such events," said Ranbir Singh Sangha, president of AAS, in a statement released today.

The Jan. 18 event was co-organized by the SLS and the Supreme Court Judiciary of Sabah and Sarawak.

As Ranbir noted, many AAS members were present for the opening of Legal Year 2019 in Kota Kinabalu and the gala dinner that followed.

"We echoed the SLS president's opinion and declined any suggestion of the impropriety expressed by certain sectors about the video of members of the legal fraternity dancing on stage.

"It was done with taste and we congratulate our hosts for a job well done."

Ranbir said he hoped the legal fraternity would not feel constrained by such "baseless and unwarranted criticism" to dance at such social events.

"The AAS will invite the Chief Justice, the Attorney General and the judges present to attend a dance competition with the advocates and other guests at the next Opening of Legal Year 2020 to be held in Sarawak," he said.

Controversy over dance: not the moral, but the separation of powers, says KJ

It was just a song, says dance video minister with CJ, AG

Deputy Justice Minister intrigued by the upheaval of the CJ dance