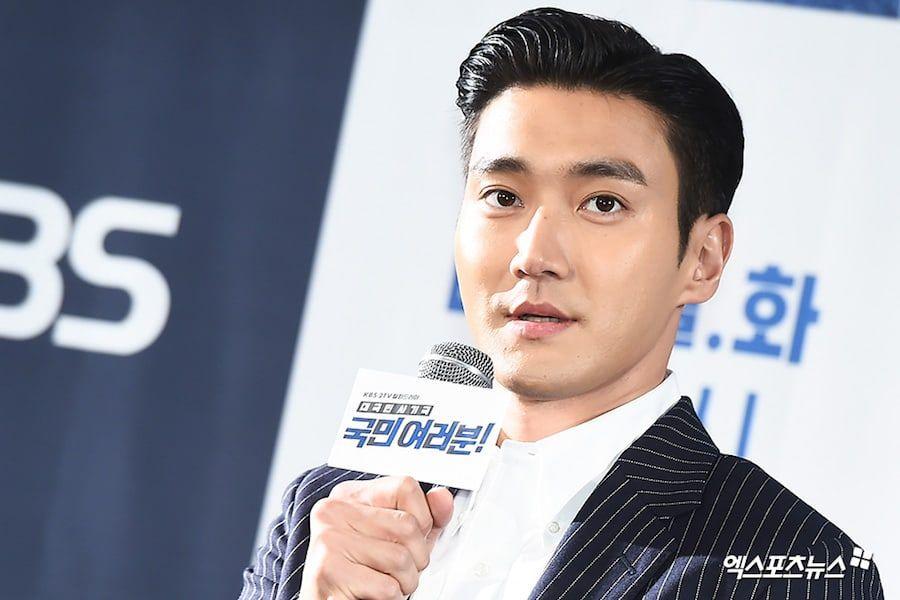 Super Junior's Choi Siwon again apologized about the past incident involving his family's dog during a news conference for the new drama "My Fellow Citizens."

In October 2017, the CEO of the Hanilkwan restaurant was bitten by a French bulldog owned by Choi Siwon and his family. She died of sepsis six days later. His sister later stated that Choi Siwon had visited the family several times to apologize, and she said that they had forgiven him and his family. Despite this, the incident became a major controversy and Choi Siwon interrupted many of his activities.

On April 1, KBS 'Monday-Tuesday drama My Fellow Citizens held a news conference at a hotel in Yeouido.

At the press conference, Choi Siwon was asked how he felt when returning with a major network drama for the first time in two years. He took the opportunity to state, "I've realized that I have to be more careful and cautious when it comes to past incidents and anything related to them, as well as anything to do with myself. I sincerely regret for causing so much concern to so many people. He bowed.

"My Fellow Citizens" is a criminal comedy drama where a swindler who married a police officer is drawn into a series of unplanned incidents and ends up competing to become a member of the National Assembly.

"My Fellow Citizens" premiered on April 1 and will be available at Viki. Meanwhile, check out a teaser below.