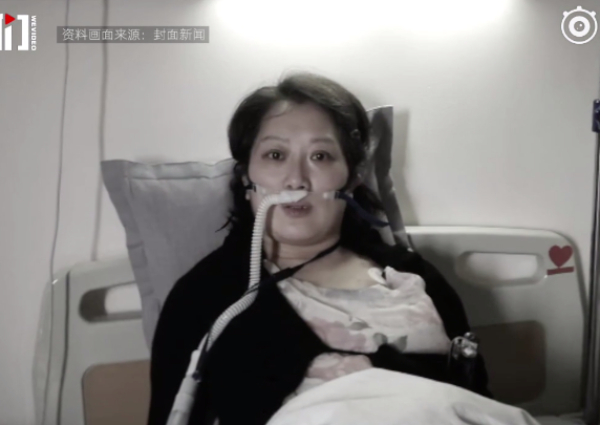 A Chinese woman who last year had a lung transplant and heart surgery only 11 days after giving birth, died at age 43, local media reported.

In a controversial case, Wu Meng of Wuxi, Jiangsu Province, insisted on continuing the pregnancy last year despite doctors asking her to stop her because of her congenital heart disease and pulmonary hypertension – high blood pressure your lungs.

She gave birth to a 1-kg boy by Caesarean section in June after 28 weeks of pregnancy, and was placed in a life support machine for 11 days before surgeons gave her two transplanted lungs and a hole in her heart. His newborn son was in intensive care for two months, but now he is in good health.

Wu's health deteriorated late last year and she was admitted to the Wuxi People's Hospital to wait for a second transplant, but died Monday because of lung infections, Modern Express said.

After hearing about Wu's death, her doctor, Chen Jingyu, wrote on the Chinese Weibo microblogging platform that she died partly due to her overconfidence.

"Immunological suppression in patients with lung transplantation would easily cause infections," Chen wrote. "But she did not trust anti-infective drugs prescribed by doctors, believing that the transplant surgery cost her dearly."

Most of the cost of the surgery was not covered by the public health insurance scheme, he said.

Chen wrote that Wu refused to take the necessary medications, leading to repeated lung infections. His immune system then rejected the transplanted lungs.

"She has not yet followed doctors' advice to take anti-rejection medications," he said.

When Chen told Wu that she needed another lung transplant, she wrote him a letter saying that she believed only God could save her, not doctors, Chen wrote in Weibo.

Wu documented her pregnancy online and gained popularity among women who wish to have babies against medical advice.

Posting her decision to continue her pregnancy in a short video posted online last year, Wu said that if she succeeded, it would bring hope to all women with pulmonary hypertension.