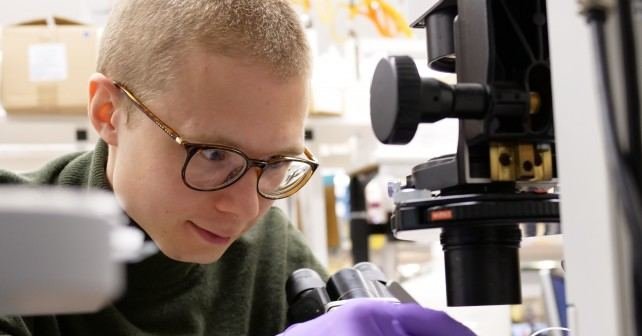 We did not hear about the work of Rapolo Žilionis, who is working at the VU Life Science Center for the first time. Recently, R. Žilionis contributed to the discovery of a new type of respiratory cell, and this time, in an article published in the journal Immunity, a researcher and his colleagues presented the results of the work in a highly relevant area of ​​research on cancer of lung. Reviews of this article have also been posted on global scientific promotion sites and at Harvard University Review.

The world, R. Zilionis and his colleagues, were not interested in the study. This work deals with the investigation of immune cells and the use of immunotherapy for the treatment of cancer.

"The article describes the work that has been done for over three years and we have done it in collaboration with Dr. Allon Kleino and dr. Laboratories of Mikael Pittett. At the same time, we combine skills in cancer immunology and individual cell RNA sequencing to better understand the differences between human immune cells and mice that infiltrate lung tumors, "says R. Zilionis on the latest study.

Rats are the most important helpers

According to the researcher, the mice were used in this study because they are the most important model organism for the investigation and treatment of many human diseases.

"Comparative work like this will allow a broader scientific community to focus efforts on aspects of rat biology that are valid for humans," he said. The VU Life Science Center official was pleased that the opportunity to do this research was provided by another Lithuanian scientist – dr. Linas Mažutis – along with dr. Allon Klein 2015 developed high performance cellular research technology.

"The question may arise, because we scientists use the mouse. The answer is simple – human and mouse organisms have many similarities, and mouse research is convenient for economic reasons and well-developed molecular tools to manipulate these animals. Because of genetic similarity, mice suffer from human diseases such as cancer, diabetes, heart disease and obesity. Today, most scientists study the mouse against a rodent, rather than a rodent, as a small human model, "says R. Zilionis.

The human body is unique

However, the scientist notes that despite these similarities, the human body is unique and not all studies in mice provide enough new knowledge to help treat human diseases.

"However, a human being is not a mouse, so only a few discoveries are successfully adapted to humans later on. Although there are many similarities between human and rat organisms, there are also differences. In the case of a specific disease – lung cancer – we begin to systematically identify the similarities and differences. This has become a starting point for further research to expand the scope of immunotherapy, "explains the researcher.

The description of the research carried out by R. Žilionis, a scientist at the Vilnius University Life Sciences Center, can be found at this address.

The review of the article published by Harvard University is published here.