The winner of this year's Eurovision, Duncan Laurence – Sexual Orientation, News for Europe and Dreams 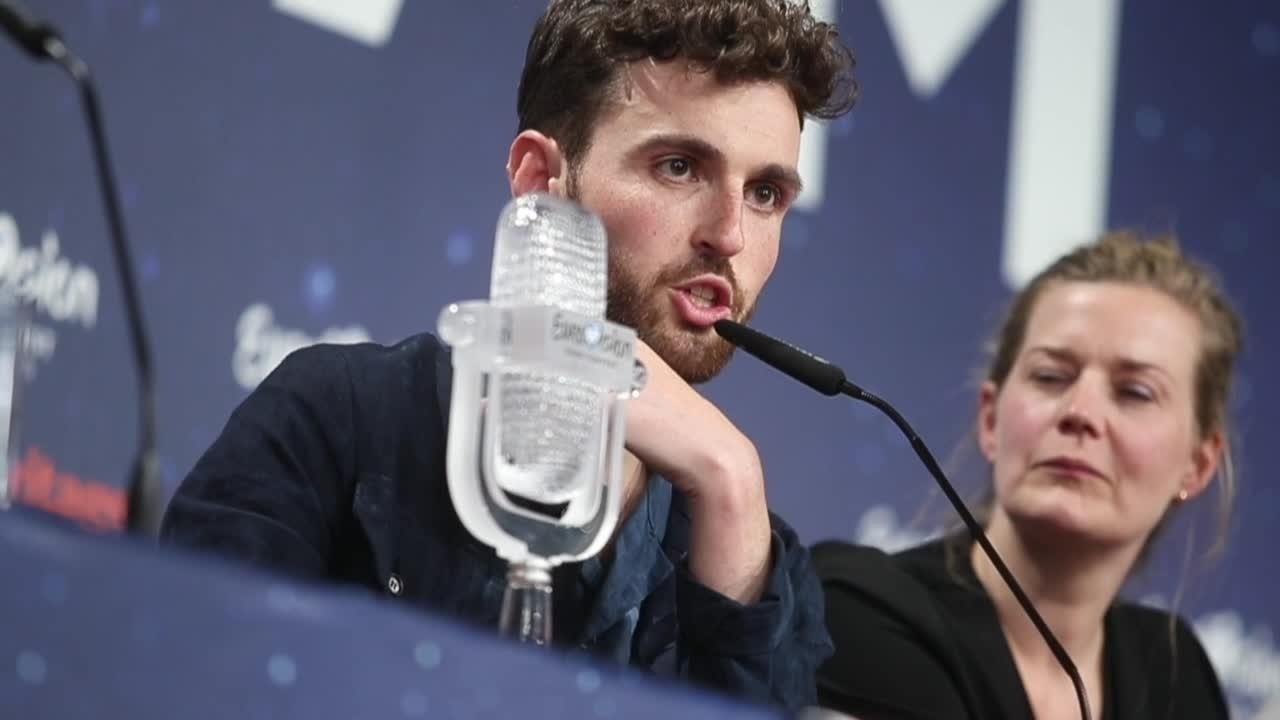 "What the hell happened here?" The winner breathed, sitting in front of the crowd of reporters.

It was his Arcade ballad that allowed the Netherlands to win the victory after a 44-year break.

At the press conference, wondering how much his heart was beating before announcing the winner of the contest, he said it was more than necessary. Smiling, the performer looked very confused.

"First of all, I would like to thank Nettai. My dream really came true. I can not believe it, "he said.

During the conference, he was asked what message he would like to convey to the LGBT community, which also owns it. The singer did not hesitate to say that the most important thing, however, is to see himself and others as individuals. "The most important thing, of course, is to stay real and see yourself like other people. As a man who is capable of possibly winning this trophy. Stay with what you love and love each other for who you are. And of course, always dream, "he wished.

Laurence did not hide the complexity of the last days and rehearsals, but he thought about what was most important in his music and focused. "I realized what was most important <...>. All this has happened and this trophy is the result of our teamwork. I've been waiting for these results for so long, I said to myself: nails. You've been doing this for so long (you post the results). Do not do it (laughs), "he asked the leaders of the event with a smile.

It is true that the performance of Queen Madonna, who appeared tonight, could not enjoy the scene while watching the scene through the screens and was very lively. "But she did a great job with her performance. This beginning was incredible and so mysterious.

Though he had been defeated for some time, Duncan looked really confused. "I could not enjoy Madonna's show, but I think she did a great job."

Laurence emphasized that he had been a simple composer before being able to realize most of his dreams and write songs in his bedroom so that everyone would dream and pursue their goals. But the question of who helped defeat him was difficult for him. "It's all possible, if I honestly do not know (who helped win), people voted for me and I do not know, I think I probably played them with their performance," says the artist.

In 2016 the singer admitted that he was bisexual, encouraged others to be more tolerant and understanding, and also told how his love for musicians gave his lover a "little Harry Potter" under the name of a boy named "little childhood and adolescence" , said the singer. I was "thick", "ugly", "gay" and "wearing funny clothes and glasses," says Global Vision.

"It was not easy for me in my childhood and adolescence," she said. – I experienced bullying because I was "thick", "ugly", "gay" and "wearing funny clothes and glasses".

Last year's Eurovision winner was Israeli spokesman Netta Barzilai, who played music inspired by # MeToo "Toy" on stage and mimicked the movements and sounds of the girls on stage. His victory gave Israel the right to host this year's competition. Meanwhile, Swedish singer John Lundwick's song "Too Late for Love" may give Sweden the chance to extend an impressive record of wins.

Former sportsman J. Lundwick will do a captivating song and will be assisted by a gospel choir. Recently, Australia, after entering the competition, is the second candidate to win.

The extravagant white dress of Zate Gravity, played by Kate Miller-Heidke, seems to be able to pick up a songwriter for the stars at 10:00 pm, Lithuanian time, when Barzil begins the song of female emancipation, and the whole event lasts half an hour and sock.