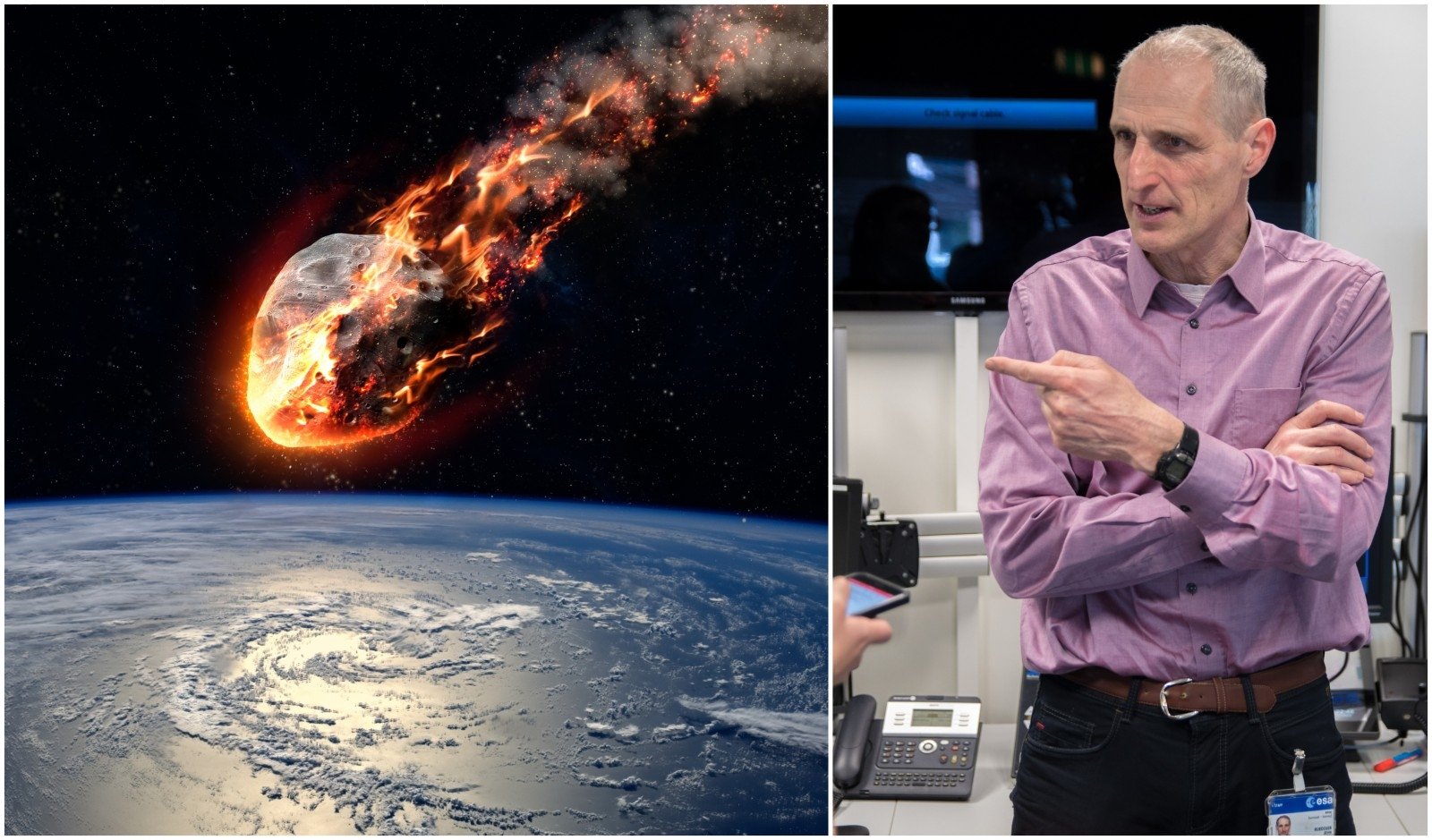 "If all of humanity were in danger, if all space agencies would unite and fire rockets and spacecraft several times, I believe it is possible to divert a larger asteroid, but I think the limit is still there." If the asteroid is huge, there is no way to do it, "says the scientist.

We spoke with Mr Jeha at his workplace at the European Center for Space Operations in Darmstadt, Germany.

– What are the bodies on ESA's list of potentially dangerous asteroids?

There are currently 836 asteroids on our "risk list." Here are the bodies most likely to find the Earth than 0.

The telescopes used by us make an image of a particular point in the sky four times every hour. Then we look at whether some objects have moved compared to stars that do not move, and this is usually seen in four hours. If we decide that it is an asteroid, we try to trace its other resources – its orbit, size, and so on.

Of course, there are some errors – so the list goes down, it increases. Sometimes we are also wrongly calculating the size – it happens that the body is not a few hundred meters in diameter, which could already destroy the whole state. 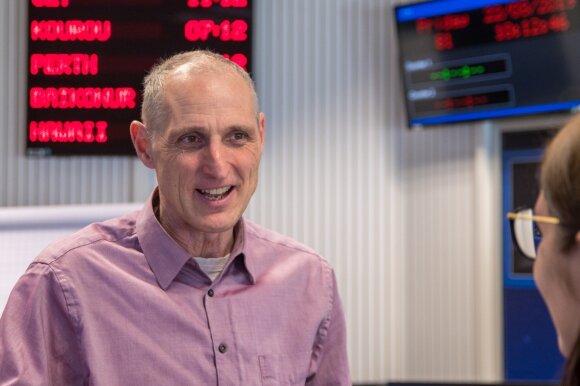 – If a few hundred diameters were enough to destroy the state, what size of asteroid would destroy life on Earth?

It is hard to say. I would say about 10 km – an asteroid of this size destroyed dinosaurs, but not all life.

– The "risk list" contains very small asteroids – only 12 meters in diameter. Can a body of this size cause real damage?

– Small asteroids do not look threatening, but the Chelyabinsk asteroid is only 20 meters in diameter. However, when he fell into a place of housing, there were many people injured, many damage to the real estate market and so on. Like after a tornado.

Smaller objects are usually seen when they are very close to Earth. The smaller the asteroid, the closer you find it. Sometimes this happens only a few days before a potential collision. If we find such an asteroid, we try to investigate it more closely and determine the most precise collision site. If the asteroid is more than 40m in diameter, we always recommend that you evacuate the location of the collision. 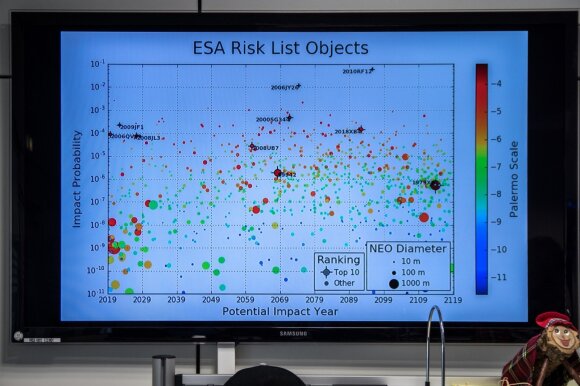 – Do scientists and scientific organizations have some sort of plan of action to take if the Earth actually faces a collision with a larger asteroid?

"Every year, scientists gather for a conference to plan how to handle this case. We try to agree on how to tell people what action should be taken, and so on. Since we have not had this event in the history of Earth history, everything is still in theory.

First, we would collect as much data as possible on the asteroid. If the probability of a collision exceeds 1% in the next 50 years, we will report to the International Asteroid Alert Network (IAWN). It is a subdivision of the United Nations (UN) that employs researchers from NASA, ESA and so on.

If the experts decide that the situation is serious, the asteroid must be determined. If the stone, like Chelyabinsk, would probably explode in the Earth's atmosphere. If the asteroid is made of iron, it will probably hit Earth. Then you need to determine where the asteroid will run. As I mentioned, it is important to know if the area is densely populated and so on.

If the asteroid is small, try to destroy it even in space – very expensive. If you are over 50, UN experts will figure out if you need to plan a mission that somehow diverts the asteroid from Earth. Unfortunately, so far, we have only known theories of routing or falling asteroids theoretically;

The good news is that we should really notice large asteroids at first. Therefore, we must have time for missions that lead us astray. 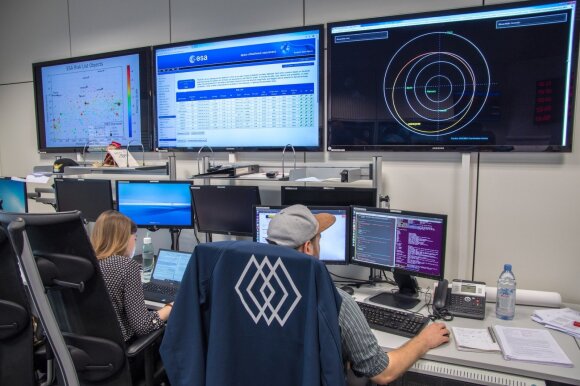 Staff of the European Space Agency

– Two years ago I spoke with my colleague at the European Space Research and Technology Center (ESTEC) – Detlefu Koschny, on theoretical forms of asteroid photography. He told me that, to date, there is no theoretical means of destroying or targeting an asteroid with a diameter greater than 500 m. Is this still true?

– NASA and the European Space Agency work together on the Asteroid impact mission (AIM). Its purpose is to see if it is possible to direct the potentially dangerous celestial body to Earth in the other direction using kinetic energy.

However, the spacecraft is very small compared to an asteroid. Something as if the flies tried to knock the car down (laughs). So I agree with Mr Koschny that if the asteroid is more than 500 m in diameter, we would not do much.

On the other hand, if all of humanity were in danger, if all space agencies would unite and fire rockets and spacecraft on the asteroid, I believe it is possible to divert a larger asteroid. However, I think the limit is still there. If the asteroid is huge, there are still no shapes. 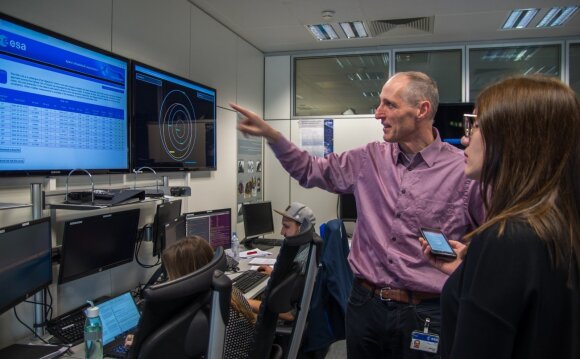 – What are ESA's future plans? Is AIM the only mission to contribute to Earth's protection against asteroids?

– Last year, we discovered 19 new asteroids. For comparison, NASA, with its most powerful and new telescopes, discovered about 2,000. Compare (laughs).

The European Space Agency is currently planning a Flyeye mission to build telescopes capable of constantly monitoring the sky and searching for new potentially threatening ground-based asteroids. The Flyeye must discover bodies with a diameter of 40 m for at least three weeks before a potential collision. Flyeye will scan the entire sky within 48 hours. We should start the tests later this year, and the telescope should start working in 2021.