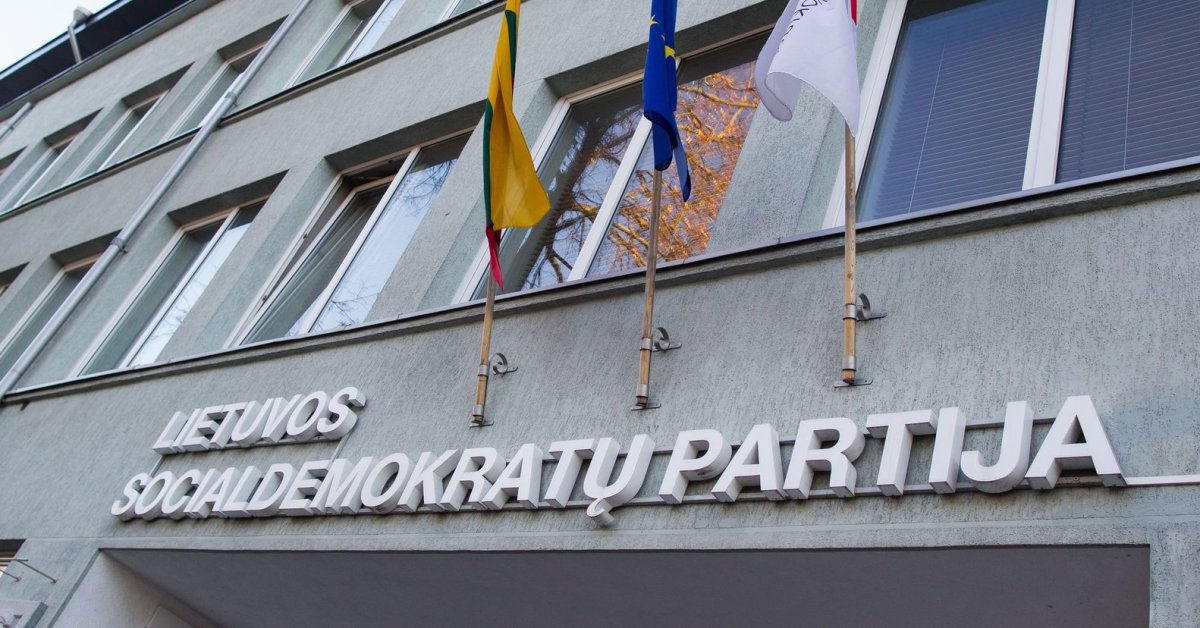 Last week, the CEC presented a study on allegations of violations of the procedures for financing the election of Seimas by the LSDP. According to the CEC, during the Seimas elections, the Social Democrats spent much of their political propaganda on the number indicated in the report. The total cost should be indicated at 906 thousand. 362 euros, and the Social Democrats declared 790,000. euro

The party is suspected of 22.48%. exceed the spending limit allowed for election campaigns and not declare 15.41%. the limit of political campaign spending.

The proposed violations are considered harsh. As a result, the LSDP is likely to lose 505,000. subsidies.

Last week, the CEC allocated a state subsidy to other parts of 2.2 million. The LSDP decided not to pay money until it made a decision on possible violations.

In February, the CEC received an anonymous report that, during the 2016 parliamentary elections, the LSDP deliberately and systematically violated the Law on Financing and Controlling Political Campaigns.

According to Lina Petronienė, head of the Department of Financial Control of Political Parties and Political Campaigns, the information and anonymous documents confirm that the candidates and the party did not indicate all the expenses related to the electoral campaign before the launch. In addition, when the Social Democrats addressed the spending limit so that they would not be exceeded, some LSDP candidates in single-party constituencies paid part of the electoral costs.

CEC staff identified possible violations of various laws – funds for the elections were allocated to the LSDP to their departments before the start of the political campaign, candidates did not pay for political propaganda, party political propaganda or other candidates, fictitious contracts for consultations , payment of other services, were not paid for part of the expenses of a political campaign account, although it was the cost of the elections.