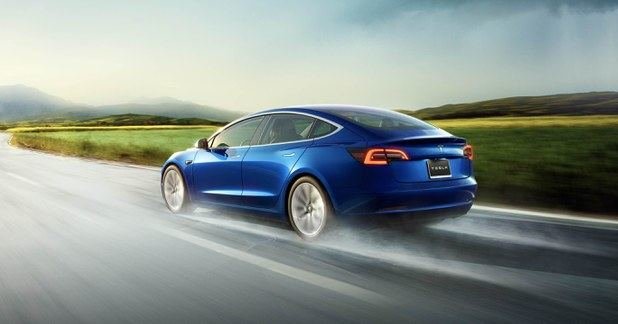 The car manufacturer has provided a new recharge option to Model 3 owners after "early software upgrades."

And as we said earlier, in the V3 Supercharger Fast Charging Station, each car owner will have a maximum power of up to 250 kW without having to share with other electric car owners who carry their electric cars at the same time.

So some of the owners of Model 3 have already been able to test the new V3 Supercharger quick recharge station and share their first impressions and results. 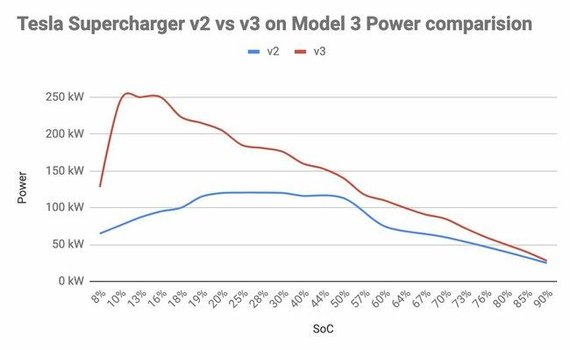 Comparison of load capacities and variations of stops V2 and V3 © privater | twitter.com

And as can be seen in the chart below, the maximum charging power of the V3 Supercharger reaches 250 kW, but after charging the car battery by up to 18%, this indicator is falling very quickly.

Another interesting point is that at station V3, the maximum charging power is quickly reached – 250 kW – while at station V2, this rate is increasing slightly. 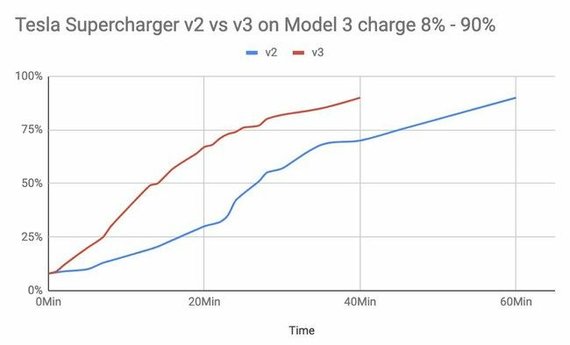 This result of the V3 is probably due to the new en-route battery heating feature which raises the battery temperature to the optimum level before reaching the charging station.

In addition, Tesla promises that with the new software upgrades, this feature will be available on the V2 charging stations, therefore not just Model 3, but other Tesla electric car owners should feel positive.

In terms of Model 3's battery charging time, it takes about 8 to 90 percent to charge in about 20 minutes.

And the other owner of the electric car Model 3 shared a video on how the charging process looks inside the car. 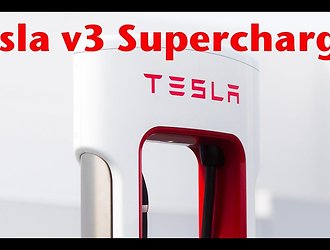